Elaine L. - Getting Through the Rough Places 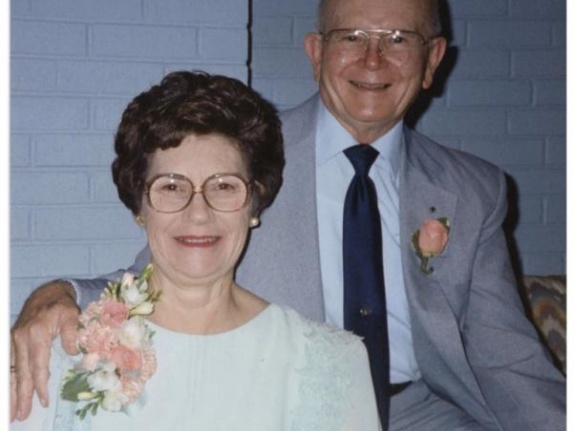 We were a typical middle-class American family leading typical busy lives...until Alzheimer's entered the door. There was so much we did not know, so much we had to learn, and the learning curve was very steep like riding the space shuttle really fast, straight up. When dealing with a parent who is slowly losing their mind before your very eyes, it is important to maintain a sense of humor. We relied on our ability to laugh together when Mother aimed the TV remote control at the microwave and expected Andy of Mayberry to show up on the little window. When she forgot where she had put the car keys and got stuck in the dryer looking for them, we realized that our ruse to play hide-n-seek with the car keys was not the way to keep her from driving. Humor and a liberal dose of tender, loving care eventually got us through the rough places.

We laughed together when she mistook the liquid hand soap for toothpaste and blew bubbles out of her nose, trying to understand why the paste tasted so funny. We smiled when Mother needed to spray her hair to keep the strong West Texas winds from blowing her weekly awry, and finding an aerosol can under the kitchen sink, she liberally sprayed her head with bug spray. For at least a week afterward, flying insects, and maybe even small rodents, avoided the puffs of insecticide emitting from her beehive hairdo.

We learned to check on her while she brushed her teeth, sit in the bathroom and remind her what to wash next in the shower, and to put childproof locks on all the cabinets. As the relentless march of Alzheimer’s continued to strip Mother’s mind of how to perform the most basic of daily living skills, we found ways to reach beyond her constant angry and paranoid moods to love her in spite of herself. She did not know who I was on many of my visits to her house, and I played right along when she gave me a tour of all the rooms, commenting on her nice kitchen as if I had never cooked there by side. I laughed out loud with her each time she told me the story of the exploding pressure cooker. It was sweet and sad at the same time to relive whatever memories her mind could conjure up, as they had just happened yesterday.

As most individuals do with Alzheimer’s, she withdrew from her many friends and refused to leave the house except for the weekly hair appointments. Her favorite reason to decline social invitations was due to diarrhea because people don’t ask you for details when one says they have diarrhea, she would whisper with her nose wrinkled up. Mother refused to attend a Sunday School class Christmas brunch and complained to the teacher that she couldn’t stay out of the bathroom long enough to keep her panties up. The teacher, one of my father’s oldest and most distinguished friends, straightened his tie, put his hat back on his head, and abruptly left the house. Even in her demented state, Mother was right— people don’t like to talk about diarrhea.

Losing one's mind, however, is no laughing matter, for Alzheimer's strikes 1 in 8 older Americans, sometimes more than once in the same family. My family's journey with this disease, for it is a disease of the whole family, was the inspiration for a novel, Conversations with Nora, a tale of two sisters, Amanda Allison and Louisa, and their dear mother, Imogene, as together they meet dementia head on with all of its ugliness and pain, love and yes, laughter. It is my hope that those who read it will gain a deeper understanding of how Alzheimer’s affects family dynamics, for the story is one of hope and of the healing power of love. Alzheimer’s cannot be cured, but family’s can find love shining through the haze. For those just beginning to walk this journey with a parent, I hope you will find help and comfort in the pages of Conversations with Nora.