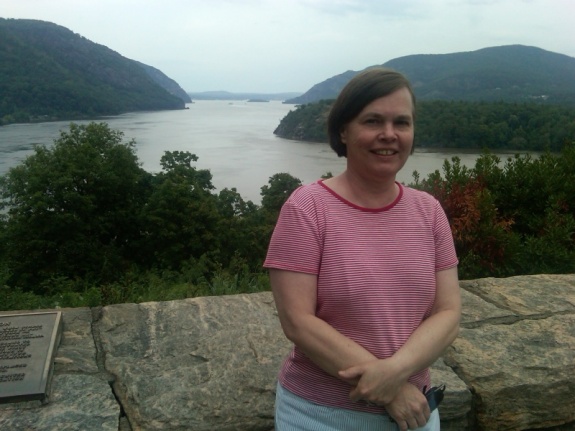 This is a letter written to my state's Congressional Delegation over two years ago when my wife was just entering moderate Alzheimer's:

Right now, my 62 year-old wife of over 41 years is peeling an onion.  You’ve undoubtedly done that yourself, so I’m certain you can picture her standing over the kitchen counter, removing the layers, one by one.  Let me change that image slightly because she’s not really peeling back layers of a vegetable.  Right now, it’s her memories being removed by Alzheimer’s—layer by layer by layer.  The process started sometime before 2005 when she was diagnosed at age 54.  Back then, it was just the onion skin – thin layers of memory—pretty much just recent happenings that were sometimes a blur but pronounced enough that she had to retire a few months after that diagnosis.  As each year went by the layers got a little thicker and more meaningful.  Last year, she lost her memories of her grandchildren who became just cute kids – are they the neighbor’s children? Then she stopped recognizing our daughter-in-law.  A few months later, when she was told that her 30 something year old daughter had come to see her, Sharon said That’s not my daughter, she’s too old! because she had expected to see her daughter as she looked as a teenager.  Our son, the first born, is a Seminary student.  Sharon thinks it very nice that a Pastor comes to see her.

We’re now to MY layer.  Half the time she DOES recognize me.  Those are the good days.  Layer by layer.  She has problems walking now and eventually her body will forget how to swallow … or breathe… or that her heart must beat.  Picture her last days, her final hours.  Not knowing where she is or what’s going on or who that unfamiliar person is holding her hand—knowing only that there’s something terribly wrong.  It’s not a pretty sight.

Let me change the picture once more: instead of my wife standing at the counter peeling the onion, it’s YOUR spouse.  And as you watch her peeling away, you open a letter from your member of Congress.  The letter says that it was nice meeting you or receiving your letter of concern:  “We’ve got big problems here in Washington and I’m working hard to take care of them.  The NIH is responsible for research funding so I’ve forwarded your request to them.  Have a nice day!” While you were reading that thoughtful letter, your spouse peeled most of another layer away.  And you walk over to the trash can and drop that letter in.

There’s nothing Congress can do to help Sharon.  She will die of the disease, just as two others from Nebraska who recently visited Congress have in the past year.  Of the top ten causes of death, Alzheimer’s is the ONLY one without a cure, a means to prevent it, or even so much as a treatment.  NOTHING. How much is spent on research?  Only a fraction of what cancer, heart disease, or HIV/AIDS gets.

Save your “Have a nice day!” letter.  Consider that a contribution towards reducing the deficit.  I don’t have time to read it anyway.  I have to go visit my wife.  Today just might be a GOOD day.  Today she might know who I am!!