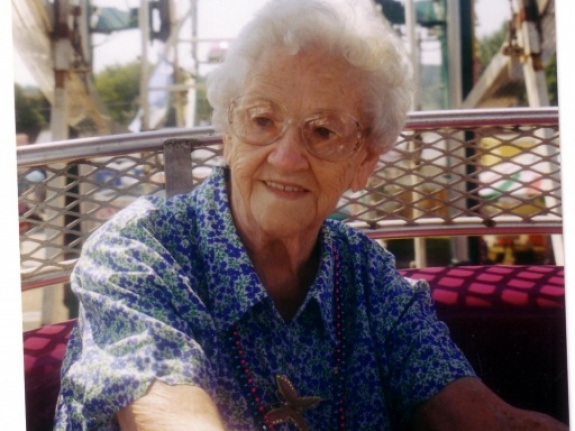 I think that people often think of dementia as someone slowly losing their memory – and of course it is that, but it is so much more.

In the last month of Norberta’s life, I often wondered what went on behind those eyes that looked at me so unknowingly. What happens all day in a person’s head when everything begins to disappear and memories of those she loved and who loved her seemed to vanish? Hopefully, mercifully the answer is nothing.  Although it is hard to imagine, the mind must just go blank and the person doesn’t know or care that nearly every function needed to stay alive is done for them.

But, that is not how it begins.

We knew my mother’s memory was going as she grew lder, but isn’t that what always happens? I

However, it was when she would call at 3am to tell me that someone was looking in her windows that I realized this was a whole lot more.  She would sit on her bed and watch a woman sitting on the same bed outside the window. When I explained it was her reflection she would agree and climb back into bed. The next time it would be someone stealing all her furniture and putting it out on the lawn.  Again I would explain and again she would nod.  The woman in the bathroom mirror became her next door neighbor with whom she would have shouting arguments.  Black flecks in her eyes became bugs everywhere.  She was becoming so terrified that she needed to be medicated.

We moved her from a facility that had independent living, to assisted living, and from there to a nursing home where she would be watched and cared for continuously.  The very first time we went away for a family Christmas, I was assured she wouldn’t care and she didn’t seem to.  While on the ski hill I got a call that she had managed to wander outside in subzero temps and they wanted my permission to fit her with a monitor.  It broke my heart.  The following Christmas we brought her home to a family gathering which frightened her so much we had to return her to the nursing home before dinner.  It was her last outing.  For the next 3 years, she never left the nursing home.

We are very privileged to have been able to provide my mother with the kind and loving care she deserved. Even though we were relieved of the daily physical care, like all families of someone with Dementia, we were left daily with the worry and guilt of not being able to make it better and not being able comfort the one we love through the darkest hours, days, months of their life

Medications caused her to sleep most of the day, without them she cried.  Dementia does a great deal more than steal your memories. It steals all your love, all your dreams, all your security.

We all imagine growing old and slowly failing, surrounded by smiling and tearful family members, as we slip from this life.  Dementia robs us of this calm and loving ending.  Although my mother was alive, she never got to share in many of the milestones of her grandchildren or know her great grandchildren.  And that is the saddest part.