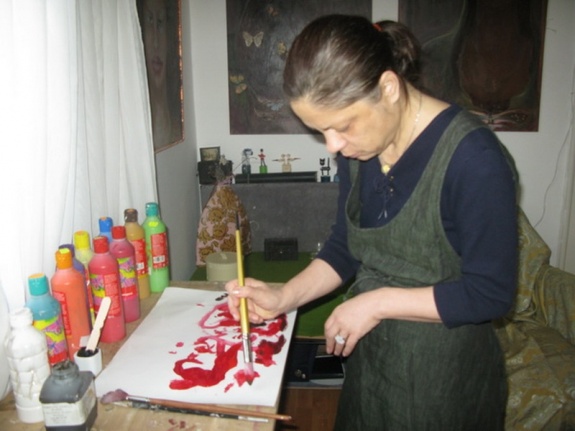 CARMEN’S JOURNEY - My wife’s name is Carmen. She was born and educated in Romania and was once a political prisoner for six months. I opened a business in Romania in 1992; Carmen and I met in Romania in 1996 and we were married in 1999. After arranging for Carmen’s immigration status in the states, she decided to pursue a career in the healthcare industry. Despite speaking very little English at first, she pursued this course of study and graduated with a 3.85 average. She was in her early forties at this time. By the time she was 45, she began forgetting if she had finished charts for patients, administered shots or even had taken blood-pressures correctly. Every neurologist we went to said it was stress and depression and prescribed medications as such.

Believing that her father had died of lung disease, we did not pursue any other course of action. It was not until age 46 that we had cognitive testing done. The diagnosis was FTD but interestingly enough she did not have the symptoms of this disease. Insurance would not cover any of the advanced testing such as PET Scans or Genetic Testing. It was at this point we decided to pay ourselves for the Genetic Test and rule this out as her older sister was experiencing the same symptoms. What a surprise it was when the test came back positive; she was carrying one of the mutated Alzheimer’s genes and did not even know it. We did not find out that her father and aunt had actually died from this disease in their early 50’s until a chance meeting with a Romanian physician in 2009 that had treated her father in the early 70’s. As is true in many countries, inclusive of here in the USA, the disease is not talked about and is treated as a ‘big shame’ for the families experiencing it.

Carmen was quickly let go from her job as a healthcare professional. Since she was still active and able to work, we began a small homecare business and Carmen worked as a homecare specialist until the mid-part of 2009. No longer able to keep track of things or drive without difficulty, we thought it was time to curtail her activities. As her spouse, I sold my two small businesses during the economic downturn and became a fulltime caregiver since the mid-part of 2009.

We have survived these years, but not without difficulty. Carmen (nor I) no longer have health insurance because of her condition driving up the costs beyond our budget. She was not able to qualify for any Alzheimer’s Trials because of her age; now that she qualifies in age, she does not qualify in the cognitive score area. It is a true ‘Catch 22’ situation. We barely make ends meet and sometimes do not. Many early onset families have lost everything. The hole for us keeps getting deeper and larger but we still consider ourselves blessed. The saddening part is seeing a once vibrant woman who spoke six languages, graduate with a 3.85 average from her professional education and build a new life from scratch no longer able to communicate or move around her own house without getting lost.

From a caregiving standpoint; the journey has been one of love mixed with a lot of stress, doubt and longing. Love for my wife; stress of living each day; doubt of myself each day in fulfilling her needs and yes, even longing for the times past.