Helen S. - He Would Want to be Counted 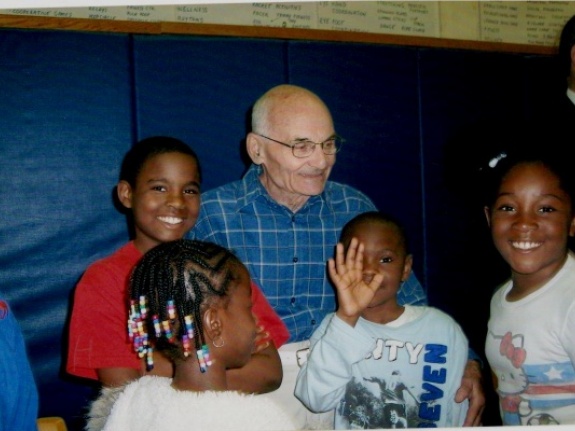 HE WOULD WANT TO BE COUNTED

Jim retired from the work world where he was a lab technician at age 62 as soon as he could. He then began a second “career” as a volunteer working for peace and justice through our church and as a volunteer aide in an urban school—every day—all day for sixteen years.

He expressed concern about his memory four or five years before that day in early 2007 when he was diagnosed with early onset of “Alzheimer’s like” dementia.

Together we were able to keep him going quite well for a while.  But, as time went on the disease took control impeding and destroying abilities and functions no matter what we did to compensate or forestall the inevitable.

Finally, there was no short- term memory, no long term memory, no reasoning ability, little speech and took two people to transport him along with anger and behavior issues.  The physical and mental decline made it impossible for him to be at home and in May of 2013 I moved him to a care facility where he was for the last nine months.

He died on Valentine’s Day, 2014.   He didn’t have pneumonia, or a heart attack or the flu or a stroke.  He died because of Alzheimer’s disease.

When the death certificate came it said cause of death “renal failure and failure to thrive.”  I thought about that for a while and then wrote the doctor a letter expressing my concern about the cause of death on that official document. To his credit he did call me saying that he actually agreed with me about the importance of correct numbers in our society and did amend the death certificate to additionally read “Alzheimer’s dementia.”

Perhaps this was a small victory over a terrible adversary.