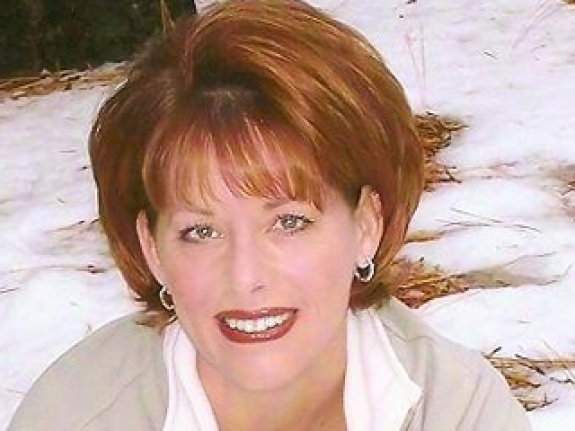 My First memory of Alzheimer's disease is quite poignant and left an indelible mark in my mind as a child. We lived in California and our family traveled to Iowa for a family reunion. The main hallmark of this event was to visit my maternal great -grandmother for the first and last time. I had never met her, but I remember my mother looking forward to seeing her grandmother whom she had fond memories of. Mind you, this was not a visit, but a last farewell to a woman who meant a great deal to the family. I will never forget seeing her tied to her wheelchair, unable to sit up straight, unable to communicate, and with no hint of recognition in her empty eyes. A great deal for a 10 year old to process...

Many years went by. Our family lived our lives without any more concern of AD (called dementia at the time) when AD reared its' insidious self once again. My grandmother was diagnosed with AD in her 70's along with 2 of her brother's, my great uncles. To watch my mother care for my grandmother was heart wrenching to say the least but I never quite equated AD with genetics. So when I volunteered to participate in study to see whether one would change their lifestyle if they knew they were at a genetic risk for a certain disease, AD was not even on my radar screen.

My motive for participating in the study was to find out what my risk for another disease as I had experienced neurological symptoms. At this point in time, my father was now living with AD and I should not have been surprised to have been informed that I have 2 copies of the ApoE 4 allele which puts me at a 91% life time risk of having AD (NIA, 1993). I was in 'healthy denial' about AD at the time and I will never have that tool again to use as I watched my father decline and eventually pass with AD. The sad thing is that I was not prepared to know this information. I can honestly say that if I had been educated on what was being tested for and what the results would mean in the way of risk, I would NOT have chosen to be tested. There is no prevention or cure for AD at this point in time and I was very lonely and traumatized to know my genotype. All of the sudden my world had changed and I lost hope and direction. My days were filled with fear, anxiety and sadness. I knew of no one who had this genotype and felt very lonely. I mean, what does one do with this information?

Then, the moment of truth had arrived. I could no longer live like this and it had become quite disruptive for me and family. I decided to reach out and get help. It was then that I was diagnosed with post traumatic stress disorder (PTSD) and began to embark on a new path. I soon realized that life is a journey, things happen for a reason, and the information was not to be feared but conquered! The loss of my life's vision was now becoming a distance enemy and the road to making a difference began! My whole life, being a nurse and having a career in business development, my family history of AD, and my knowledge of my own possible future, had prepared me for this moment. I have been blessed with a purpose and now it is time to run with it!

Upon reflecting and experiencing great gratitude from my girlfriends, and realizing that woman are most affected by AD due to care giving responsibilities, B.A.B.E.S., 'Beating Alzheimer's by Embracing Science' was born. We are a non-profit charity and our mission is to raise funds to be directly donated to the most promising research projects to help find a prevention or cure. There is only one way out of this disease and it is through research. There is so much to be done, so many funds to be raised, and so many lives to change. Making a difference is the most healing thing that can be done in one's recovery from a traumatic event and I feel blessed to be here today.

Together we can make a difference!