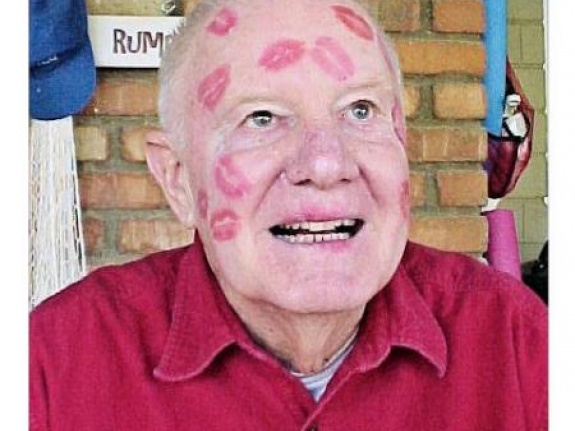 My husband disguised it well, but I knew.  I had known for the last seven or eight years.

Red was sixty-five and I was forty-seven. We had been married for sixteen years. The eighteen years between us never made a difference. His sense of humor, wit, intelligence, and gift of gab were incomparable, his laughter contagious. He was a knight in shining armor for me and for his family. He had always surpassed me mentally and physically. Until now…

On October 13, 1998, my fear was realized. After days of testing at the Mayo Clinic and UCSF, our lives turned into a nightmare with one word: Dementia. Specifically, Primary Progressive Aphasia, a form of Frontotemporal dementia (FTD).

I felt isolated and alienated not only from my friends and family, but from the world as well. My family lived in another state and our friends appeared to fear the diagnosis, consequently disappearing one by one. Life as I knew it had ended. I needed emotional support and finally realized that no one was going to volunteer to provide it—it was up to me to get what I so desperately needed, and that was help, in every sense of the word.

Dementia: The Journey Ahead started as a recommendation from our neuropsychologist. She suggested that I journal our experience for personal therapy, and to keep track of my husband’s progression. My journal also proved to be a useful tool to share with his doctors as well. Our primary care doctor was a great emotional support but provided nothing basic or practical I could use on the home front.

I learned everything about caregiving for a dementia patient by hard work and mistakes.  It took a lot of time, effort, research, and experience. Most caregivers do not have that kind of time and I did not want to waste the knowledge I gained. Not to share what I learned would be a crime. I was determined to make a positive out of a negative.  Though our practical guidebook does not even scratch the surface of this dreadful disorder, it is a start. Completion of Dementia: The Journey Ahead brought me closure, and the realization that the greatest accomplishment in my life will forever be my role as caregiver.

My husband, Red Scarff, passed away quietly in our home on December 6, 2006.