Michael B. - It's a Wonderful Life and Alzheimer's 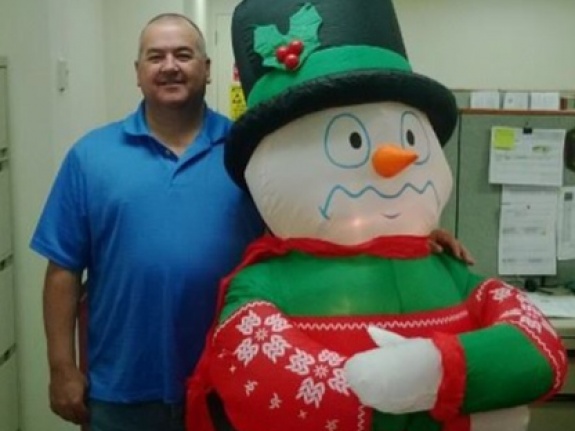 It's a Wonderful Life is my favorite movie. Always has been. I love that George Bailey gets to see the impact he's had on so many people. I think it would be awesome for people to get to see that impact themselves. Hopefully it would show them that one person really can make a difference in someone else's life. I think I was around 10-12 years old when I first saw the movie. I remember thinking that George's mom would recognize him when nobody else did, but of course she didn't because he'd never been born (at that point in the movie). That look of panic in his eyes when he realizes the big mistake he made by letting Clarence grant him his wish that he'd never been born has always stayed with me. The movie of course has a happy ending and George gets to be with his family and friends as they rescue him from the clutches of the malcontent Mr. Potter. Everyone takes away something a little different from movies that they like. It's a Wonderful Life was always a reminder for me that just trying to do good for people because you care and not having to always expect something in return is one of life's greatest rewards. However I never thought that the most terrifying part of the movie would come true for me. The part I spoke of earlier when George wished he'd never been born. What do I mean? Well this past July I was diagnosed with Early Onset Alzheimer's. I'm 52 years old (I'll be 53 on Dec 18). It occurred to me the other day that one of things Alzheimer's does to a person is robbing them of their memories. That is kind of what George Bailey went through in the movie. He got to see first hand how no one recognized him, they knew nothing of his life, he never had friends and worse he never had or was part of a family. I guess that's kind of what is going to happen to me, only of course I will be the one not remembering anything. I hope this doesn't come across as me being over dramatic and please believe that I'm really not a "woe is me" kind of person. I know that there are people who have had and have a much worse lot in life. I only write this so that maybe someone will relate to what my perception of the disease does. Imagine having never been born, think of all your memories and having them taken away from you. I would not wish that on anyone even Mr. Potter. This wasn't easy for me to say, putting my life out there so to speak. I still want be the person I was before I received the diagnosis, the George Bailey kind of person. I've decided to be an advocate for dementia awareness. Specifically Early Onset Alzheimer's. I'm hoping to help get the word out that this horrible disease does not just affect the elderly as some people think when they hear the word Alzheimer's. There are 200,000 people in the USA under the age of 65 that are affected by this disease. I know I am the luckiest guy in the world! I found my one true love early in life and we've been married for 32 years now. We have an incredible family, 2 beautiful from the inside out daughters who are lovingly married to two wonderful men. We have a strong, caring determined 16 year old boy who couldn't make a man more proud to call him son. And we have three amazingly beautiful grandchildren. So, just like George Bailey I know I've had a wonderful life and will continue to make as many wonderful memories as I can especially for those I am closest too. Also, please remember as Clarence said  in the movie "no man is a failure who has friends".