Karen S. - Time to Go to The Ends of The Earth to Find Help 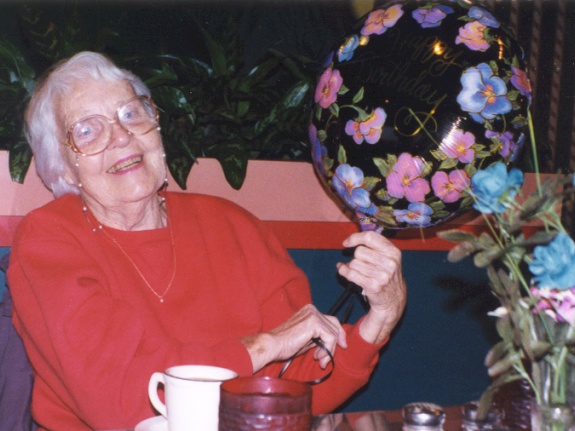 We built a very nice garage apartment for my widowed mother 8 years ago. She was 86 years old, still driving and had just given up her volunteer job in a local hospital gift shop. She was an avid reader and walked at least 1 mile a day. She was extremely active for an 86 year old. A couple of years ago when she was approximately 92 years old we began to see dramatic changes in her emotional and mental health. At 92 years of age she was in great physical condition.

The spring of 2011 she was given a cognitive exam by her internal physician. Basically she did great. However, over the summer of 2011 her mental/emotional health declined so rapidly that it was frightening. She became very agitated/aggressive and extremely hateful. She called the police on us, tried to push me (her only child) down a steep set of stairs. I tried to find help with her care. Everywhere I turned I met a dead end. Her internal physician put her on 25 mg. daily of Seroquil. By this past April she was on 500 mg daily of Seroquil plus a tranquilizer a.m. and p.m. and she was still aggressive/argumentative etc.

In November of 2011 she was diagnosed with Alzheimer's by a neurologist after he did another cognitive examination. By that time I had taken over her finances and medication but with a "fight" on my hands. My husband or I was with her 24/7 for 1 year. In December of 2011 I finally found 2 ladies who came to stay with her 5 hours a day, 2 days a week. By April they were coming 5-7 days a week. She continued to rapidly loose emotional/mental ground.

Easter Sunday she went to church with us and the following weekend developed a cough. On Sunday I called her physician and they told me to take her to the emergency room which I did not do. Can you imagine taking a patient with advanced Alzheimer's to an emergency room on a Sunday afternoon? On Monday morning, April 16th I called her physician, got an appointment, went over to her apartment to help her with her shower. After I helped her get dressed she walked over and sat down in the chair in the living room where she sat to watch Channel 14 which is our local news station which repeats the same news every 10 minutes. I came back to her apartment to check on her about 15 minutes later. She said, "You have to get me out of this chair." She never walked, stood or sat again.

She was in one hospital for 5 days then a nursing home for 7 hours where they tried to feed her after we had told them she had stopped eating 5 days ago. She had become impacted and we had her transferred to a different hospital where she spent 3 days. The doctor discharged her with the help of Hospice (although Hospice told me she didn't qualify for their assistance even though she couldn't stand, sit or walk). Upon the doctor's insistence Hospice did come to our aid. She was home with us for 15 days and went home to be with Jesus on May 9. She remained argumentative/hostile and angry with me until her death. I recommend to any who is trying to care for an Alzheimer's patient to "go to the ends of the earth" to find help because it is very difficult for a couple of people to care for an Alzheimer's patient 24/7.