Norm M. - Me and My Alzheimer's 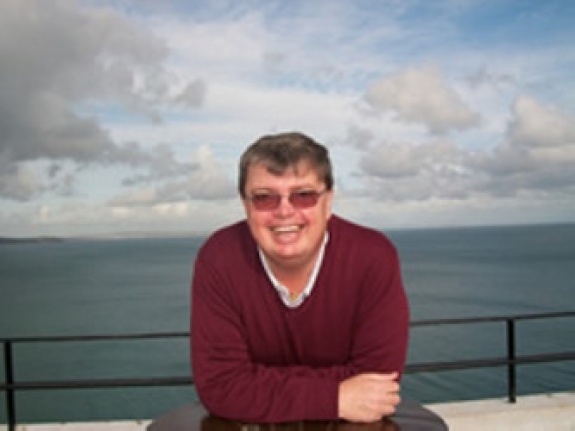 Me And My Alzheimer’s

Hello, this is my most recent account of how I first found out how I was suffering from Alzheimer’s (The early onset of) and how it has affected my day to day living and how its deteriorated since despite the help of some wonderful medics and medicine.

I am writing this account so all my friends can understand how far I have come with it and hopefully forgive but remember me in the future when the e-mails stop. Also to all those who don’t know me, but who read it, then thank you, and I hope it helps if ever you or anybody of your friends/family are touched by this awful disease.

P.S. Please don’t pity me... just come along for the ride and I will tell you it’s not all doom and gloom!! LOL!

It would be about nearly two years ago now when I visited my mum in my home town of Bolton in Lancashire and a great time was had (Apparently). Within three weeks of being up there my wife Elaine and I were talking one night when she mentioned it. I honestly thought she was kidding me or “Winding me up “as we say and it wasn’t until much discussion was had, and I saw that worried look in her eye, that I thought something might be wrong.

I have suffered from heart failure for the last six years so we kind of put it down to the amount of medication I was taking for that ailment. Was I just kidding myself? Personally, at the time, I didn’t think so but looking back now, probably. Over the coming months things used to crop up, only little things like forgetting who had rung up that day, or finding my shoes, on my own!! LOL... Also people and places seemed to fade away into a distant haze as if I had dreamt about most of them but they weren’t really real. Believe it or not the penny dropped at a Football match.

I had visited my brother and we had gone to a local football match when, while having a coffee at half time underneath the stadium he turned to me and said something that made my hair stand on end and still does. He explained that while he had been driving down to London the other day he lost all his bearings and didn’t know where he was or where he was going. This sounded so familiar but I didn’t say anything at the time. He said eventually all came back to him thankfully and he went on his way as normal.

We talked about how our Father had died of Alzheimer’s and also our gran on my Mum’s side so the odds were stacked against us, but as usual, me being me I just laughed it off. It wasn’t until we got home to Torquay that I repeated the same conversation with my darling wife Elaine and we both decided maybe a trip to my local Doctors was the best way to find out.

The test I was given was a very simple twenty questions test about Date, time, day month ECT. All came good apart from the date and that wasn’t a major problem, apparently it was the time was taking to answer these simple questions. A decision was made to see a Brain Specialist at our local memory clinic.

After what seemed like an age but was really only a month (my idea of time was getting mixed up by now) I saw a really nice doctor who gave me a complete physical and was then passed on to a nice Psychologist who sat me down and gave me what I have fondly since called a “Stupid Test” which lasts about one and a half hours. I didn’t think I did too badly but that wasn’t the case as very soon after I was asked to attend the local hospital for what is called a perfusion scan on my brain, this I did and it took about three quarter of an hour. This was on the Wednesday of the week and by Friday I had a phone call from the brain specialist saying he had the results and wanted to come round that day to see me!

I being me didn’t want anybody coming round without Elaine being there and as she was out on a very rare and well deserved day out with our youngest daughter I decided to make the appointment for the following Monday at the clinic, bad move !!

After I had explained to Elaine the reason I didn’t ring her (not a happy lady!!) we tried to bring forward the appointment but to no avail. It was the longest weekend of my life!!

I had convinced myself that the reason for my results coming back so soon was that they were completely clear and with him being such a nice Doctor didn’t want me to worry unnecessarily. How wrong could I have been!!

As we sat there in front of him he asked me if I wanted to know the results. Being a kind of black and white of guy I couldn’t understand why he would ask us to see him if he wasn’t going to tell us?? I found out later that even when the results can be bad some people still don’t want to know?? Very strange!! LOL... Eventually after the pleasantries he said the results had shown a lack of Oxygen flowing on my left hand side of the brain, even less flowing on the right side of the brain but more worryingly much less flowing over the top of my brain which in itself was a sure sign of mild to moderate Alzheimer’s.

When he told me I just laughed and said, can you repeat the last bit again please? But as Elaine gave my hand a squeeze I knew I already knew the answer. It went so quiet and I knew I couldn’t look at my beautiful wife just yet as the tears would have flooded out. “I’m only 51 I blurted out!” How? Why? When? All this was coming into my head but no words were leaving my mouth. I turned and looked at Elaine; she had tears in her eyes...

The only thing that ever upsets me is when one of my family is upset, I feel their hurt and cry their tears, I want to protect them all so much and keep them safe but when they are hurting I feel so helpless. Our hands gripped tighter as the doctor explained that there was a drug on the market called “Exelon” and even though it only had a 25% chance of slowing this awful thing down it had to be worth a try.

The ride home in the car was a very quiet one and as I don’t drive I knew Elaine was trying to concentrate on driving instead of what we had just been told. On getting home we fell into each other s arms and cried so hard we thought there would be no fluid left in our bodies, then Elaine being Elaine looked me squarely in the eyes and said “ Right !! That’s that, now, what are we going to do about it!! LOL... We both laughed so hard you would have thought we were both completely mad, not just me!! LOL... It was decided to tell all our immediate family straight away as I thought that at least if they know from early on they will have time to get used to their Dad, Granddad going slowly round the bend!! LOL... telling how much I loved my children/grandchildren... how much I loved them and always will was very easy for me; it was the reason behind it that wasn’t...

It’s been a few months now since I started taking the “Exelon” but I still have what I call my “Cloudy Days”. This is when I find it hard to coordinate anything I do, I can’t get my words out and as for the computer, well, and that’s a complete no. Whatever I write and no matter how hard concentrate I still write gibberish but the thing is when I’m typing it all seems perfectly normal to me!! LOL...

Lately I have forgotten what day it is and even when I’ve looked at a calendar it still made no sense. Then yesterday while I was out for our usual ride out I was convinced it was the year 2006 and had very little memory of anything else since then for a short while until most of it came back. This is a sure sign that the Exelon isn’t working as I know it should have kicked in by now. This disease is horrifying as it eats away at your self confidence bit by bit. It’s like having two illnesses, Alzheimer’s and knowing you have Alzheimer’s. I know that one day I won’t be able to look after myself and all the trials will be on my darling Elaine which makes me feel guilty enough but do you know what the worse thing is? Knowing I might not be able to recognises the love of my life and all my children/grandchildren. It’s heartbreaking.

Am I frightened? YES, very much so, but I am happy in the knowledge that I have raised a loving kind family who will stand by my side till the end. And I am also very lucky to have a large social network of worldwide friends who I will also be very grateful for their friendship and correspondence...

The only advice I could give to anybody who finds themselves in my unfortunate position is try to get help early on, the earlier the better, don’t be afraid of telling people, you are ill, not Mad but more importantly smile and laugh at it or it would truly drive you insane!! LOL...

How long I have left before I have to give the computer up? Only the “Big Fella” upstairs knows but I would just like to take this opportunity in saying the biggest ‘THANK YOU’ to everybody and I will cherish all the memories I have of you for as long as possible...

PS: I was also diagnosed with heart failure seven years ago so I am hoping it doesn’t really come in three’s!! LOL