David G. - The Ending of Alzheimer's Starts With You 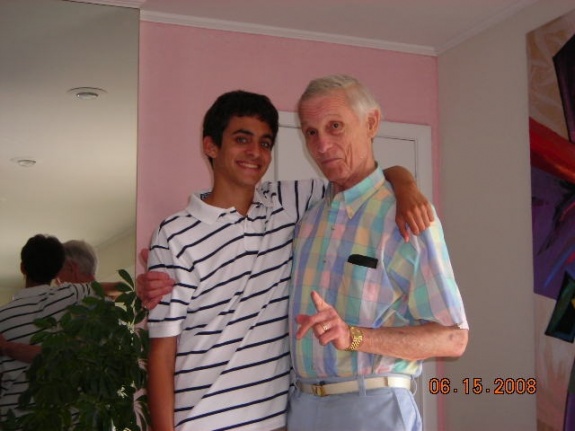 The Ending Of Alzheimer’s Starts With You

You can’t go a few days without reading something in the news about Alzheimer’s.

It’s an epidemic, and it’s the 6th leading cause of death in the United States today. This number will continue to grow as our population ages. In this article, I want to do more than list statistic after statistic. Alzheimer’s is not just a problem for people who currently have the disease. This isn’t just a problem for the millions of Baby Boomers who will develop Alzheimer’s over the next several years. This is a problem for all of us, including myself and the rest of the generation of young adults. I’m writing this article because I think it’s time that we as a nation step up to the plate and tackle this problem head on. Yes, I think it’s fantastic that the National Alzheimer’s Plan Act (NAPA) passed in January 2011.

NAPA was a start, but we need to pass legislation that will actually accomplish goals and not just state them. What needs to happen this year is that Congress needs to follow through and pass Alzheimer’s legislation that is on the table: the HOPE Act and the Alzheimer’s Breakthrough Act. This is an election year. We expect nothing to get done. This is my message to Congress: prove me wrong and pass this legislation to start the path to End Alzheimer’s.

Congress, if we hold off investing for a cure or a way to slow the progression of the disease today, we will be paying for it later. According to the Alzheimer’s Association: “Over the next 40 years, caring for individuals with Alzheimer’s will cost American society $20 trillion –including $15 trillion to Medicare and Medicaid.” With a health care system that already has its problems, Alzheimer’s disease will only escalate them.

As a nation, we can’t afford to continue with the status quo in dealing with Alzheimer’s. And frankly, the members of Congress are in an age group that should be very concerned about Alzheimer’s. According to the Congressional Research Service, in the 112th Congress the average age of a U.S. Senator is 62.2 years old and the average age of a U.S. Representative is 56.7 years old. It’s sobering to think about, but it’s an honest reality that our lawmakers should consider.

It always helps to have a celebrity who supports a cause that needs attention. Seth Rogen and his wife, Lauren Miller, recently held an event called “Hilarity For Charity” to raise money and awareness among the younger generation about Alzheimer’s Disease. To quote Seth, “Hilarity for Charity started as a message to my generation that it’s time to step up and realize that Alzheimer’s is not just an ‘old person disease,’ but something that will greatly affect all of us.”

Seth and Lauren are actively involved in raising awareness and fundraising for Alzheimer’s, as Lauren’s mother was diagnosed with Alzheimer’s at the age of 55 years old. They raised hundreds of thousands of dollars for their event, and are a great example of how the younger generation can make a difference.

Where does that leave us? Of course we don’t have the same outreach of a Hollywood star, but we can do plenty. We can be a voice. Please go to this website, and take 5 minutes to write your Congressmen and ask them to help pass legislation that can help end Alzheimer’s: http://www.alzimpact.org/Legislative-Action-Center . You can also take 30 seconds to fill out a form that will go to Barack Obama to ask him to include Alzheimer’s in his budget this year: http://www.alz.org/petition/. It may not feel like much, but it truly will make a difference.