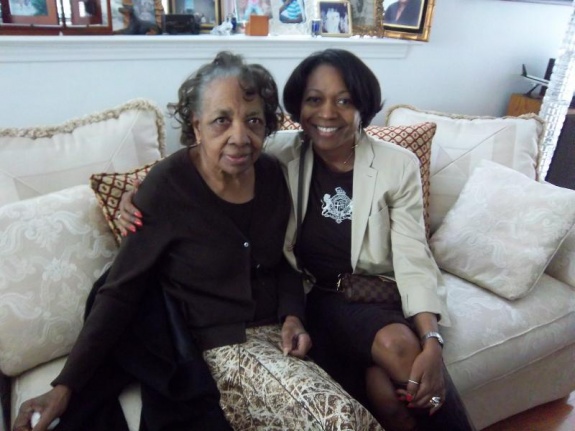 My mother, Lillie, began showing signs of memory loss in 2008. In November of 2008 she received a pacemaker. For several months after receiving the pacemaker her memory was fine. About June of 2009, I began to notice that my mother's memory was on the decline again. I became so depressed I sought therapy. I was seeing three counselors. One was a Psychiatrist, the other a MFCC, and a Christian therapist at my church. The MFCC suggested that I join a support group for Alzheimer's caregivers. I did that and it really opened my eyes as to what can be expected from dementia and Alzheimer's disease. Even though I had great support I was still suffering from depression. I began to have digestive problems and was unable to eat solid foods. I sat on the side on my bed and ate yogurt until I went from a size six to a size seventeen. I was hospitalized twice and the Doctors were never able to find anything physically wrong with me. The first time I was hospitalized my doctor prescribed Xanax for me. That was in March of 2010. In May another doctor warned me about Xanax, that it could be habit forming so I did not take one that evening. Well, guess what? I became very anxious and my husband took me to Cedars Sinai hospital and I was told that I had already become addicted to Xanax. I went to my psychiatrist and he weaned me off the Xanax. The second time I was hospitalized was because of rapid weight loss. The night that I was in the hospital I had a spiritual experience and I was delivered from depression. Since the night of June 3, 2010 I have organized a nonprofit named in my mother’s honor: "Lillie's Care Circle." Our mission is to educate caregivers about dementia, Alzheimer's, and all those that suffer from memory loss disorders and all chronic or progressive illness. We support caregivers in their sometimes challenging efforts of caring for their loved ones. We encourage caregivers to enjoy the "Rewards" of their calling to be a "Caregiver." My objective is to serve as a consultant/liaison for companies, which have a difficult time delivering community programs. To provide that service link for communities in need of those services, I help form relationships of mutual benefits. I also work as a political liaison or policy issue advocate. My motto is "Making the Pieces Fit."