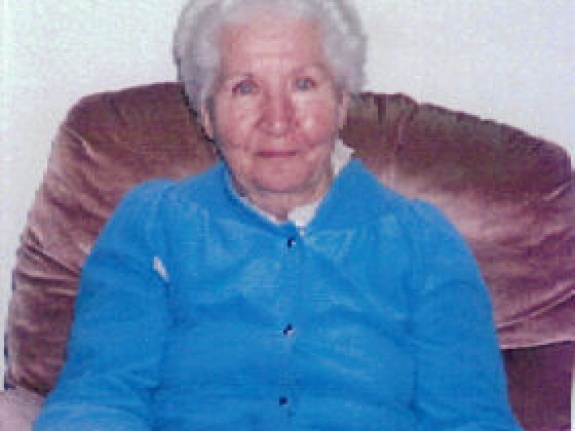 My name is Tracey Crosby. Let me tell you about this disease and how it has affected me. My grandma was my world from the time I was 2 until this disease took her from me. I was her 3 grandchild ( 4 in total). All the other kids where my grandpa's buddies, but where ever grandma was found I was with her. We spent many summers going to garage sales, fishing, cooking the fish, mowing the yard, watching Wheel of Fortune, doing cross-word puzzles and attending church every Wed. night, Sunday morning and Sunday night. As we got older she would drive 8 hours from her home to my sister's house to see us.

Then one summer while pregnant with my first son, she made her trip to us but something wasn't right. She was telling us the same stories, saying she was hungry when we had just ate. She kept asking if I was having a baby and so much more. We knew the disease had really gotten ahold of her when she chased my Aunt of the house yelling at her with a yard stick and a butcher knife.

I personally knew when I went to see her and she was standing on her back porch, dressed for church on a Thursday night at 9:00. After getting her to come inside we left for the the hotel. She called my Uncle and told him that someone had been in the house and she didn't know who it was. I knew then that I had lost my grandma. I was her "Bang Dang" girl (because I couldn't say Band-Aid when I was little, but she wasn't my grandma.

We had our last Thanksgiving dinner with at my Aunt and Uncle house. I was talking to her and calling her grandma. She went to my cousin and told her that she didn't know who I was but that I kept calling her grandma. She told my cousin that if I wanted her to be my grandma that she would be. My cousin told her who I was and how I was related but she still had a blank look on her face. My cousin then said that I was her Bang Dan girl. A spark lit and she remembered for about 10 minutes.

That is the last time she remembered me. It breaks my heart to think that I could one day get this nasty, memory taking, life destroying disease and not remember my kids or grandkids (when I have them)and there is nothing I can do about. Until this disease affects you personally you will never know how much it hurts. The picture I'm adding is my grandma the last time I seen her at her house and not the nursing home. I've had a very hard time with the loss of my grandma.

I wish she was here. I need her to help me get through tough times. Just the sound of her voice always made things seem better.