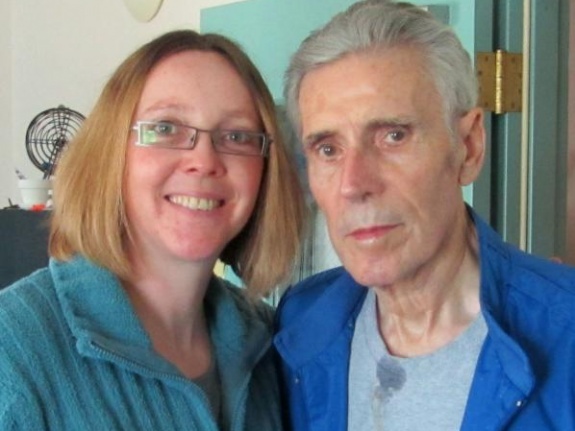 My father, Patrick Johnston, passed away at the age of 79 on December 20, 2011. He began to show signs of dementia in 2007. As he moved into the middle and latter stages of Alzheimer's disease, he would wander, have hallucinations and was unable to dress himself and perform toileting duties.

In November 2010, he had a medical emergency that required surgery. He never returned home after that. Instead, he was placed in a memory care unit in an assisted living facility, because he was deemed too much for my elderly mom to handle at that point. My mom had to travel over an hour each way on a bus to visit my dad.

He spent the last year of his life heavily medicated at this facility. The last two months of his life he was in and out of the hospital, after being diagnosed with pneumonia. He was hooked up to a ventilator for much of the time and also lost the ability to swallow. At the time of his death, he only weighed 116 pounds.

My father was a simple man who never made a fuss and loved to tell stories. To see my dad slowly lose facets of his personality, his sense of humor and ultimately his dignity was heartbreaking for his family. In his memory, I have started a blog, http://memoriesproject.com, where I am recording a memory of my father each day for a year.

This disease can wreck a family mentally, emotionally, physically and financially. We must do better as a nation to care for those with Alzheimer's and also support their caregivers.