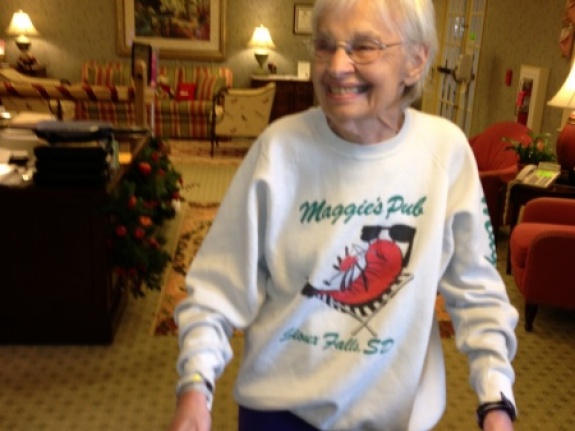 Last July, my wife Esther started acting strangely.  I had noticed that her memory had been spotty for about 3 years prior to this incident, but I was finally forced to have her admitted to a nursing facility for dementia.  After downsizing and selling our home where we had lived for about 40 years, I was unable to sleep one night and the opening lines of the following poem came to me, so I got up and jotted them down:

Where is the girl I used to know?

I thought I saw her a minute ago,

As she sat and read love poems to me.

Now I sit, and wait, and hold her hand,

As she wanders about in some other land,

A land that is strange, unknown to me,

With bogs and snares that won't let her free.

But now she's back with me for a while,

With her laughing eyes and sunny smile.

I wonder how long she'll stay this when,

Until she's off to wander again.