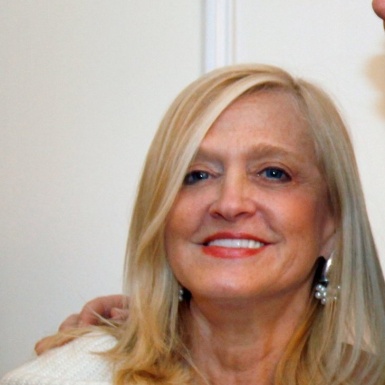 Trish co-founded UsAgainstAlzheimer’s in October 2010. She began her career in Washington, DC, as a speechwriter in the U.S. Senate. She wrote for various television shows, including Designing Women, Family Ties, and Kate and Allie. Trish’s novel, Liberated Lady, was chosen as Literary Guild and Doubleday Book Club selections and has been translated into three languages. As a journalist, she wrote extensively for the New York Daily News, The Boston Globe, The Washington Post, Ladies’ Home Journal and Woman’s Day. Surviving Grace, Trish’s quasi-autobiographical play, was produced at The Kennedy Center in Washington, DC, and Off Broadway at the Union Square Theater. It has since been performed at community theaters throughout the country, as well as in Portuguese in Brazil. Trish served on the Council of and as Vice President of Theater J, and on the boards of DC Vote and the Vradenburg Foundation. She always listed her marital status as “happy”.