The Biden-Harris administration should renew and recommit to the national goal of preventing and effectively treating Alzheimer’s disease by 2025. This goal was set 10 years ago this month. It has spurred critical investments in research and interagency collaboration which have changed the trajectory of Alzheimer’s science and brought the movement to a new precipice of hope and opportunity.

At the current pace, however, this effort will fall far short of the finish line in 2025. What is required is renewed energy, sharper focus, and greater urgency – starting within the White House.

But first, a bit of history: The National Alzheimer’s Project Act (NAPA) directs the secretary of Health and Human Services (HHS) to “be responsible for the creation and maintenance of an integrated national plan to overcome Alzheimer's.” The law, co-sponsored in 2010 by Sen. Susan Collins (R-ME) and then-Rep. Edward Markey (D-MA), waspassed unanimously by both Houses of Congress. It was signed into law on January 4, 2011, by President Barack Obama.

At the urging of UsAgainstAlzheimer’s (UsA2) and other advocates, the plan included a clear goal to “prevent and effectively treat Alzheimer’s disease by 2025.” The goal has driven a seven-fold increase in federal research investments – from $448 million annually in 2011 to $3.1 billion in fiscal year 2021 – that has produced significant, tangible results for the Alzheimer’s movement, most of which have arrived in just the last few years.

Specifically, the first disease-modifying therapy (DMT) for Alzheimer’s to come before the FDA in nearly 20 years is currently being evaluated for approval, while another pharmaceutical has just released promising Phase II clinical trial results for their DMT, and is moving to Phase III. Late last year, a blood-based diagnostic, which can accurately detect beta amyloid in the brain using a simple blood test – just like the one administered for a cholesterol check – was debuted to efficiently and inexpensively harness the information found in blood-based biomarkers. And most recently, one of America’s tech giants just announced they would use the technology in their mobile and wearable devices to track brain health – just like cardiovascular health – in an attempt to identify and detect cognitive decline.

What’s more, NAPA-spurred research investments are beginning to reveal that not only is treatment possible, but prevention may also be within reach: the latest science indicates that up to 40 percent of dementia cases could be prevented by addressing various modifiable risk factors.

NAPA has laid impressive groundwork, but to reach the 2025 national goal of effectively treating and preventing Alzheimer’s disease, the incoming administration and new Congress must treat this issue with the urgency it requires – and get started in the first 100 days.

The good news is that there is already a roadmap available to lead the way. The set of recommendations to Congress and the administration made by the NAPA-established Federal Advisory Council detail important recommendations, including: the development of a timebound national goal and corresponding implementation plan to prevent or delay the onset of Alzheimer’s disease and related dementias (ADRD); advancing health equity by addressing racial and ethnic disparities in ADRD; and easing the economic hardship of dementia care by expanding family medical leave.

The new administration would hardly be alone in this commitment. In fact, nearly 180 organizations and experts in the U.S. have called for establishing a national goal to prevent ADRD, including UsA2, the American Heart Association, the Volunteers of America, the National Urban League, UnidosUS, the Milken Institute, and AARP. In addition, the NAPA Advisory Council established a risk reduction subcommittee to expand its focus to include the idea of prevention and create processes and infrastructure to begin this work.

With support from the Centers for Disease Control and Prevention, UsA2 has launched a Center for Brain Health Equity to reach communities of color and the health providers that serve them with culturally tailored public health strategies. And UsA2 launched the National Alzheimer’s Disease Index (TM) to make data on brain health disparities more accessible and actionable to policymakers, health systems, and communities. These resources are a foundation that the administration should build on to improve brain health outcomes for all families.

Absent more directed efforts, ADRD will take a devastating toll on the millions living with Alzheimer’s disease across the globe, their families and caregivers, and the already resource-constrained health systems they will turn to. About 50 million people around the world currently have dementia, a number expected to rise to 82 million – and then triple to 150 million by 2050. Each of those individuals is a part of multi-generation families, so the impact of the disease financially, emotionally, and socially will likely reach half a billion people by mid-century – with a disproportionate impact on communities of color and women. The Economist has referred to this convergence as nothing short of a “global emergency.”

The opportunity exists to prevent this emergency, however. The Obama-Biden Administration and Congress started the work of ending Alzheimer’s a decade ago. Now, it’s time for the Biden-Harris Administration and the 117th Congress to step up and finish the job. 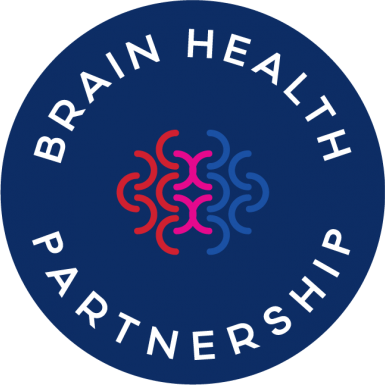 Alzheimer’s: Moving from a Wish and a Prayer to Hope and a Plan
This American Heart Month, Give Your Brain Some Love
A possible path to earlier detection of Alzheimer’s
It’s time to pick up the pace on Alzheimer’s prevention
Creating an Optimal System of Care for Brain Health
All posts by Kelly O'Brien