UsAgainstAlzheimer’s was founded in 2010 by George and Trish Vradenburg.

They had watched Trish’s mother, Bea Lerner, succumb to Alzheimer’s disease, and 25 years after her diagnosis they were frustrated that nothing had changed. The Vradenburgs were joined by several others who had also experienced the pain of Alzheimer’s disease: Meryl Comer, John Dwyer, Jill Lesser, and Shawn Taylor. The founders of UsAgainstAlzheimer’s each know personally the devastation of this disease and each bring an urgency and passion to the cause.

George and Trish Vradenburg: Trish often talked about her 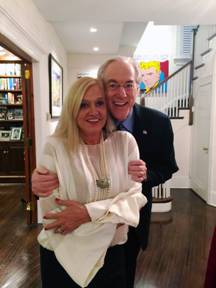 mother being larger than life. She thought nothing could defeat her mom--until she was diagnosed with Alzheimer’s disease. Trish recalled watching helplessly as her mom’s mind, her dignity, her soul, and finally her body succumbed to Alzheimer’s disease. So Trish, a Hollywood writer, took that experience and wrote a play. Surviving Grace has been produced at the Kennedy Center, Union Square Theater in New York City, and other theaters around the world.

But Trish and George knew that they had to do more than just raise awareness; they wanted to make sure that other families didn’t have to deal with this devastation, so they founded UsAgainstAlzheimer’s. As Trish said to members of Congress, "we will go away when Alzheimer's goes away." Sadly, Trish Vradenburg passed away suddenly in 2017 of a heart attack, but her spirit and passion continue to inspire our work.

George is a lawyer by education, training, and profession with a career that included senior positions at CBS (as General Counsel), FOX (as Executive Vice President) and AOL/Time Warner (as Executive Vice President for Global and Strategic Policy) before "retiring" in 2003. As Trish would often say, the only thing he has failed at is retirement. He co-founded UsAgainstAlzheimer’s out of his love for Trish and to honor his mother-in-law and is committed to find a treatment for Alzheimer’s so that his children and grandchildren don’t have to fear Alzheimer’s disease.

Meryl Comer: Meryl has spent over 20 years as an Alzheimer's caregiver, first for her husband, a physician and researcher who was diagnosed with early-onset Alzheimer's disease at 58. Now she also cares for her mother in her home. Meryl has decided to flip the pain of this experience and turn it into action. She feels compelled to speak out for those with Alzheimer’s who no longer have a voice and for caregivers who are worn out. Meryl leads our A-list initiative to ensure that patient and caregiver voices inform the research.

"Nothing I do is really about me; it’s all about making sure no one ends up like me."

John Dwyer: John comes from a large Irish-Catholic family that is riddled with the disease. Alzheimer's disease claimed the lives of his grandmother, his father, and six of his father's siblings. He is aware that he is likely at higher risk for Alzheimer’s disease, as are his 81 cousins and their 140 children. As John says, he represents a fairly large constituency impacted by the disease--just in his family. John leads the Global Alzheimer’s Platform Foundation (GAP) to create an integrated global clinical trial network to reduce the time, cost, and risk of Alzheimer's disease clinical trials, a critical factor to finding a treatment for the disease.

Jill Lesser: Like many others, Jill's life was turned upside down when her mother developed Alzheimer's. She had to take a leave of absence from her high-intensity job to commit to caregiving while also juggling being a mom to three sons. She understands that women are more likely to develop Alzheimer’s disease and also more likely to be a caregiver. Because she knows that women won't wait, she is leading our WomenAgainstAlzheimer’s network. 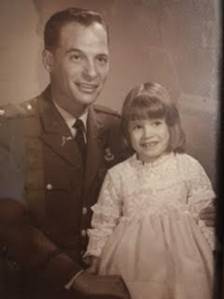 Shawn Taylor: Shawn’s mom left her career, as Director of Development for the National Bank of Washington, in her prime to care for her grandparents when they started to show signs of “senility.” Both her grandmother and grandfather (a retired Lieutenant Colonel and West Point graduate) passed away from Alzheimer’s. As Shawn would later realize, that time would be the start of her long caregiving role. Now her mom is in the late stages of the disease. Shawn idolized her mom, a pioneer in the professional world--a man’s world at the time--and they had an unconditional love. Now, sadly, her mom doesn’t know her granddaughters and doesn’t recognize Shawn. And recently her dad, a retired Lieutenant Colonel and Purple Heart recipient, was diagnosed with Alzheimer’s disease. Shawn is leading our VeteransAgainstAzheimer’s network to shine a light on the Alzheimer’s crisis in the veterans community, increase collaboration to support veterans and their families, improve access to care, and increase research for a cure.

George and Trish Vradenburg have funded all the overhead of UsAgainstAlzheimer’s since our founding, an added incentive to create and run an efficient organization to accelerate the finding of a cure. The name UsAgainstAlzheimer’s reflects the belief in the power of a movement of individuals to affect change. The growing prevalence and cost of this disease gives our mission a larger purpose. We must confront Alzheimer’s at a pace and scale equal to its challenge. We won’t wait for a cure.