I think most people are worried about their own risk if they have seen Alzheimer’s in their family. As a former 24-year caregiver for both my husband and mother, I worry all the time. When I walk up the steps to retrieve something and pause to try to remember what it was, I fear that I have begun to slip. When I mistakenly walk out without my house keys or misplace jewelry or money tucked away for safekeeping, I panic.

Is this the beginning?

Other memories are so vivid that I feel as if they happened just yesterday. Even as I try hard to forget how difficult the Alzheimer’s journey has been, I am shadowed by its tell-tale signs.

At a neighborhood restaurant I overhear a couple in the booth behind me quietly arguing when the husband asks his wife where to sign the check. The wife accuses him of drinking too much. I lose my appetite because my husband and I were once very much like that couple. She, too, may be missing the earliest of warning sign for Alzheimer’s.

Even when I try to leave the disease behind and feign normalcy, I rarely succeed. Wherever I go, I am alert to subtle telltale signs of the disease. Lately, I find they are everywhere. On a rare dinner night out, I find myself wondering what lies ahead for the man who asks me to check on his wife in the ladies’ room because she has been away too long.

I can’t take my eyes off a woman who stands lost and staring at the buffet table, uncertain and confused about how to navigate or where to start and returns to her seat with an empty plate.

In cocktail conversation, I am aware of a gentleman filling in words as his wife recounts their family vacation but can’t recall where they went. They’d just returned two days earlier.

I am introduced to three men in their mid-seventies, dapper and tan longtime golfing buddies. One man keeps repeating a story about a recent high-profile business deal, except the outcome keeps changing. No one seems to notice, or if they do, it’s attributed to too much alcohol during a festive evening.

One encounter or episode may mean nothing. Perhaps the confusion is simply the result of drug interactions, stress, or not enough sleep. Any suggestion that it might be wise to see a neurologist if this pattern of behavior continues will likely be taken the wrong way. Even when I am almost certain there is an issue, I am at a loss for how to begin such a personal conversation. Doctors aren’t very good at it either and it’s their job to deliver hard news.

So Why Am I Telling You All This?

Alzheimer’s disease today affects more than 6 million people in the United States and 55 million worldwide. But there are also 16 million unpaid family caregivers ; unintended victims and not among the official count.

Clinicians, who err on the side not to diagnose because they can’t treat, inadvertently inflict added trauma on families left confused, hurt, and helpless. Then time runs out on the ultimate conversation about end of life wishes. It is simply too late.

Alzheimer’s often robs people of their abilities in an incremental fashion; few of us know when too much has been lost. Early interventions might buy more intelligible time, but right now an entire class of disease-modifying therapies is being held hostage amidst inter-agency jurisdiction and Washington politics.  Aren’t we all doing those recently diagnosed and ourselves a disservice by not speaking up.

The voice of protest needs to come from people like you and me who are still well, but have seen the devastation of Alzheimer’s disease firsthand.

If we are going to delay the onset or even reverse Alzheimer’s disease, we need to step up for clinical trials. Such a decision entails hard choices, risks, and emotional discomfort. It requires managing our lives and choices under the shadow of the possibility of disease. I used to think of caregivers like myself, as the well spouse, but now I realize that it isn’t the case. Our vulnerabilities are great. In a patient-centric world, caregivers are the invisible patient and six times more likely to get incipient dementia themselves due the stress and intensity of care over years. Knowing that Alzheimer’s will win out no matter what we do to care for a loved one is already a bitter pill that’s hard enough to swallow.

We need to lead the way in sending a message that this is a public health crisis with a very personal impact, both to people living with Alzheimer’s and their loved ones. One way to start is by supporting those who are supporting others by passing paid leave for caregivers. No one should be forced to choose between paying their bills and caring for a loved one, yet people across the country are put in that untenable position every day. If we truly want to honor the contributions made by caregivers this National Caregivers Day, and every day, let’s start by giving them the protections they deserve. 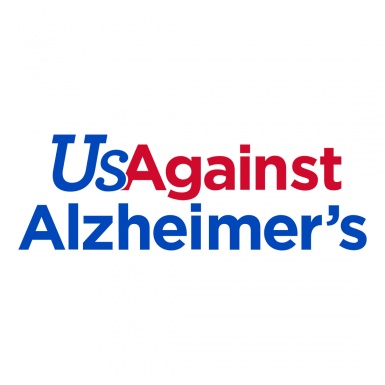 UsAgainstAlzheimer’s is an innovative nonprofit organization committed to stopping this devastating disease.  Powered by our personal experience and the suffering of millions of families, we press for greater urgency from government, industry, and the scientific community in the quest for an Alzheimer’s cure—accomplishing this through effective leadership, collaboration, advocacy, and strategic investments.

A-LIST Pulse of the Community Vol 11, May 2022
Stephanie Monroe's Congressional Testimony on the Importance of Paid Leave
What Will Happen to My Loved One if I Become Sick with COVID-19? Making a Plan.
“A Devil of a Disease”: The Current Alzheimer’s Pipeline
Welcome to the New Era of Alzheimer’s Research: How People with Alzheimer’s and Care Partners are Shaping the Future of Drug Development
All posts by UsAgainstAlzheimer's