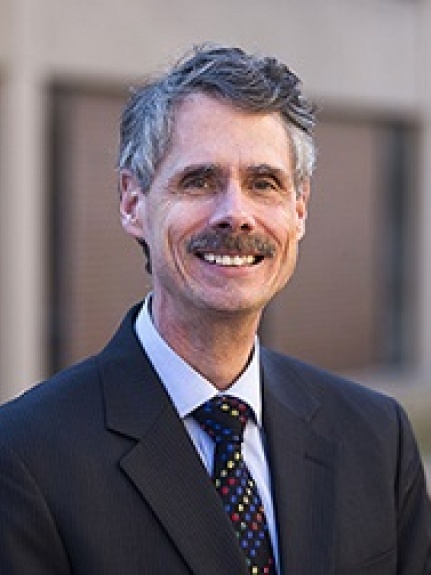 Researchers have discovered a first-of-its-kind blood test for Alzheimer's disease that can predict - with 90 percent accuracy - if a healthy person will develop this cruel disease within three years. Dr. Howard Federoff, the Executive Vice President for Health Sciences at Georgetown University Medical Center and Executive Dean of Georgetown University School of Medicine, led the team and briefed us on why his biomarker study is a potential game-changer.

This call was made possible by the generous support of the Zickler Family Foundation.

Highlights from our Alzheimer’s Talks with Dr. Federoff

The biomarker study led by Dr. Howard Federoff, of Georgetown University Medical Center, is a potential game-changer in our mission to find a cure. Here are a few
key points from our conversation that stuck out:

1. The blood test Dr. Federoff and his team have described predicted if a healthy person would develop Alzheimer’s or mild cognitive impairment within two to three years with more than 90 percent accuracy.

2. Several hundred healthy people ages 70 and older were recruited into the study, and researchers examined the metabolites (fats or lipid) in their blood.

3. Over the next three years, the participants’ mental health was tracked. Eighteen of the once healthy participants were diagnosed with Alzheimer’s disease or mild cognitive impairment. When the researchers compared their blood with 53 cognitively normal participants to determine what was different, they found 10 lipids that were abnormal in the group who became cognitively impaired.

4. To make sure what they found wasn’t random, the researchers looked to see if the exact same blood test would spot those who had developed Alzheimer’s disease in a separate group of 41 study participants. It did so with a 90 percent accuracy rate.

5. Researchers believe the test will allow them to identify patients who have very early disease (clinically silent) who might be appropriate for clinical studies examining medicines that could be effective when given before clinical symptoms appear.

6. While there’s still a lot of work to be done, and the test won’t be available to patients for several years, it could eventually replace more invasive and expensive testing methods, such as those involving PET scans and spinal taps. An advantage of a blood test is that it is so simple, and samples could potentially be drawn at doctors’ offices around the country.

7. Dr. Federoff and his team are planning further studies on this blood test, and he anticipates other researchers within the medical community will contribute papers on this topic over the next year.

8. Parameters are being finalized for a follow-up study with potential opportunities for volunteers. Stay tuned.

The possibility that we could treat people before symptoms appear would change everything. The key to stopping this cruel disease rests on being able to identify who’s likely to get Alzheimer’s so researchers can investigate possible treatments and prevention before it’s too late. It’s one of the most crucial missing pieces from our quest to find a cure by 2020.

You can learn more about the study by visiting the Georgetown University Medical Center’s website, which includes a video and additional background on Dr. Federoff’s research team.

We’re grateful to Dr. Federoff for joining us and hope you have a chance to hear from him directly.