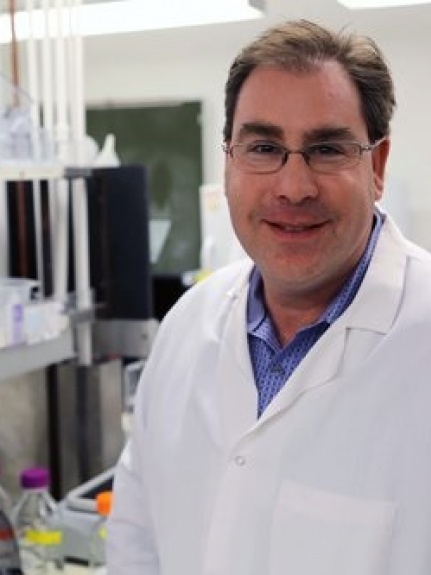 Dr. Robert Rissman was our guest for the July Alzheimer’s Talks where he spoke about his research on the relationship between chronic stress and Alzheimer’s disease and his work to develop a biomarker for Alzheimer’s and prevent cognitive decline.

Dr. Rissman’s work looks at how the brains of mice change during stress and how there could be changes in Alzheimer’s related pathways after stress.

They found that emotional stressors relate directly to changes in a protein in the brain, called tau that is central to the development of Alzheimer’s disease. His team also identified a peptide in the brain, called corticotropin releasing factor (CRF), which plays an important role in regulating those tau changes.  Specifically, there is one type of a CRF receptor that regulates a stress-induced increase in tau.

Research leads to development of potential drugs to stop Alzheimer’s

Dr. Rissman’s work in mice shows that drugs that impact the CRF system could be used to prevent or delay the onset of Alzheimer’s disease by preventing neurofibrillary tangles. By giving the drug for five months, before the mice developed full-blown pathology, he was able to prevent the cognitive decline and greatly reduce the levels of beta amyloid plaque, though more research is needed.

Stress comes in many forms

Stress can be from external or internal sources. Having Alzheimer’s disease is an example of an internal, physiological condition that puts stress on the brain and leads to cellular change. External stress, especially chronic, long-term stress, can also induce changes in the brain and may make you more susceptible to developing Alzheimer’s.

Biomarkers in our future

Our thanks to Dr. Rissman for describing his research and answering our listeners' questions. You can read a full transcript for all the details of our conversation on stress and Alzheimer’s disease.