This article was originally published by Fox News on June 6, 2019.

Health care is a subject that remains front and center in so many of our national conversations and debates. It’s a leading talking point among 2020 presidential candidates. It continues to poll as a top concern among the American public. And it’s something I hear about regularly from constituents back home in West Virginia.

Much of the talk related to health care issues has to do with flashier or more controversial topics such as "Medicare for All" or prescription drug prices, and there are good reasons for that. But at the same time, as those issues dominate the news, it’s easy for the country to lose sight of others that still deserve our attention.

One of those issues is something that is very close to my heart: Alzheimer’s disease.

Like so many Americans, I have felt the impacts of this disease. I lost both of my parents to Alzheimer’s, and our family helped to care for them. So I understand the difficulties that caregivers and loved ones face as they try to figure out this difficult challenge.

This disease is devastating, and there is no book or a magic formula for how to face it. But I feel strongly that we can do more to ease the pain of those who suffer from Alzheimer’s, to help their caregivers, and most importantly, to find a cure.

The statistics surrounding Alzheimer’s are staggering. More than five million Americans are living with the disease, and it’s estimated that as many as 16 million will have it in 2050 without some kind of medical breakthroughs. The cost of caring for those with Alzheimer’s and other dementias is also notable: an estimated $277 billion in 2018, increasing to $1.1 trillion by 2050. Not to mention the emotional costs.

These numbers make it clear that we have some work to do. Fortunately, there is a real bipartisan desire to take it on, and in recent months, I’ve partnered with colleagues from both sides of the aisle to take steps in tackling Alzheimer’s.

I so wish my parents had the opportunity to be involved in decisions regarding their own care, but it’s my hope that through early assessment and diagnosis, we can give others that opportunity.

It is also important to remember that while many living with Alzheimer’s are in their later years, there are more than 200,000 Americans under the age of 65 living with the disease. These individuals and their families need access to support and services that most their age don’t, which is why I joined Sens. Susan Collins, R-Maine., Bob Casey, D-Penn., and Doug Jones, D-Ala., to introduce the Younger-Onset Alzheimer’s Disease Act.

This bill would amend the Older Americans Act to allow individuals under 60 who are diagnosed with younger-onset Alzheimer’s disease to access its vital support programs and services.

At the same time, it’s essential that we continue working toward a cure.

As a member of the Senate Appropriations Committee, I’ve worked with Labor-Health and Human Services Subcommittee Chairman Roy Blunt, R-Mo., and others to provide resources for critical Alzheimer’s research. With the passage of the last year’s government funding bill, we have surpassed the $2 billion milestone when it comes to Alzheimer’s research, providing the National Institutes of Health the funding it needs to continue its work and to help support the work of others.

It’s easy to get discouraged when you hear about a once-promising clinical trial not moving forward, when you learn another person you know has been diagnosed with Alzheimer’s, or when a cure may seem so far away. But observing the research being done at NIH and other institutions across the county, seeing the hope and determination in the eyes of those fighting back, and witnessing the bipartisan commitment to tackling this disease — that’s all proof that we are making progress.

As we commemorate June as Alzheimer’s & Brain Awareness Month, let’s renew our commitment to this cause. Let’s work toward the day when patients and their families can more easily receive an early assessment and diagnosis or access the care and support services they need. And let’s make this a national priority until the day we can celebrate the first person cured of Alzheimer’s.

Shelley Moore Capito is a Republican representing West Virginia in the United States Senate. She is a member of the Senate Appropriations Committee; the Commerce, Science, and Transportation Committee; and the Environment and Public Works Committee. 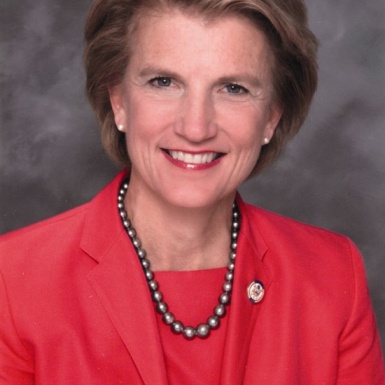