It’s been an exciting few weeks in the Alzheimer’s world – a world that hasn’t seen a new drug in 15 years. All of the activity has raised a lot of questions around the world’s progress towards a cure.

Most recently, we were abuzz with the news that a medication called oligomannate was given the green light by China’s National Medical Products Administration – their version of the FDA.

Pair this news with the October 22 announcement from Biogen on aducanumab, and the news that Acadia Pharmaceuticals plans to submit pimavanserin for regulatory review for the treatment of dementia-related psychosis, and it’s hard to not get excited about the recent activity. With three major pharmacological headlines all in close proximity to one another, you can’t help but feel the tide turning after years of setback and disappointment.

UsAgainstAlzheimer’s believes that we all have reason to celebrate positive pharmacological developments when it comes to Alzheimer’s, so long as they safely get us closer to an effective treatment or cure. We will rely on the FDA to ensure that the science is solid, and that these drugs really do make a difference. But these early indications are reason for hope.

What’s more, researchers are increasingly willing to explore new and different paths to attacking the disease. We need a wide array of approaches – and combinations of approaches – that can ultimately treat a diverse group of patients, and we seem to be heading in the right direction.

Finally, more and more studies are showing that each of us can take action against Alzheimer’s even without an Alzheimer’s drug: for one thing, as Dr. Laura Baker of Wake Forest School of Medicine said at our recent Summit, “move more.” Exercising, learning new things, socializing, controlling high blood pressure, eating a healthy diet, and controlling diabetes – there is at least some scientific evidence behind each of these actions that supports the idea they will possibly help prevent or slow dementia.

Science moves more slowly than any of us in this fight would like. It is frustrating. These recent drug announcements give us hope, but we know that even if all three are approved, it is unlikely they will work for everyone. We need to continue to invest, continue to explore all possible avenues, continue to fight.

UsAgainstAlzheimer’s will be right here with you.

If you have questions on the recent drug developments around Alzheimer’s, feel free to email UsAgainstAlzheimer’s at StopAlz@usagainstalzheimers.org.

Q: What does oligomannate do?

A. According to the data that has been released thus far, oligomannate is approved to treat symptoms of Alzheimer’s disease, and may improve memory, awareness, and certain functional ability. These claims have not been evaluated by the FDA, but we expect that clinical trials in the U.S. will begin early in 2020. Oligomannate is currently not available in the U.S. or Europe.

Q: What does aducanumab do?

A: Aducanumab is a disease-modifying drug that appears to have demonstrated slowing of clinical impairment in patients with mild Alzheimer’s disease.

Q: What does pimavanserin do?

A: Pimavanserin is a drug that is already FDA-approved for use in Parkinson’s disease psychosis which appears to have reduced hallucinations and delusions associated with dementia-related psychosis.

Q: What are the next steps with these drugs?

Q: Should I travel to China to try and get oligomannate if I or a loved one have Alzheimer’s disease?

A: We do not recommend this. You should only take FDA-approved pharmaceuticals that have been prescribed under the guidance of a physician. 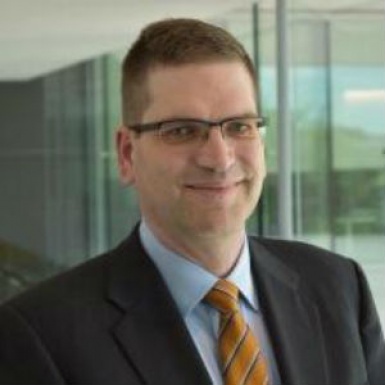 Safeguarding Yourself and Your Loved Ones from Coronavirus
Giving Tuesday: People Powering the Fight Against Alzheimer’s
All posts by Russ Paulsen