Reposted from  The Hill.

Since the first cases were diagnosed in 1981, 1.8 million Americans have been diagnosed with HIV/AIDS. A positive diagnosis was once thought to be a death sentence and the disease was considered one of the greatest public health crises ever.

In response, the federal government poured massive resources into developing treatments and now, thanks to pharmacological and other research, HIV/AIDS is considered a chronic but no longer life-threatening condition.

By comparison, 5.8 million Americans today are battling Alzheimer’s disease, with a new case being diagnosed every 65 seconds.

By 2050, the number of people age 65 and older with Alzheimer’s will grow to a projected 14 million, in the absence of medical breakthroughs that would prevent, slow, treat, or cure the disease. Furthermore, we know that communities of color and women face higher risk for the disease and experience barriers to treatment, care and research.

Congress has joined us in the fight and demonstrated a commitment to funding research for a pharmacological cure by increasing NIH funding for Alzheimer’s research from under $450 million in 2011 to $2.3 billion in 2019.

However, drug development has been more complicated than we could have ever predicted. As we work tirelessly to accelerate a cure, we are simultaneously doing everything we can to promote early detection, assessment, diagnosis and risk reduction. Congress has joined us on this mission too.

Last year, the BOLD Infrastructure for Alzheimer’s Act passed both the House and Senate with broad support and was signed into law by President Trump. Just last month, the Younger-Onset Alzheimer’s Disease Act was introduced.

Now, a group of leaders in the Congress have introduced a critical new piece of legislation – the Concentrating on High-Value Alzheimer’s Needs to Get to an End (CHANGE) Act. The bill was introduced by Sens. Shelley Moore Capito (R-W.Va.), Robert Menendez (D-N.J.), Debbie Stabenow (D-Mich.) and Roger Wicker (R-Miss.), along with Reps. Linda Sanchez (D-Calif.), Darren Lahood (R-Ill.), Cathy McMorris Rodgers(R-Wash.) and Doris Matsui (D-Calif.).

The CHANGE Act takes a targeted approach to addressing our nation’s Alzheimer’s crisis by encouraging early detection, diagnosis and access to interventions.

We have learned a great deal in recent years about Alzheimer’s disease. Most notably, cognitive decline is no longer an inevitability of aging. In fact, a recent study by the Lancet Commission found that “around 35 percent of dementia is attributable to a combination of the following nine risk factors: education to a maximum age of 11-12 years, midlife hypertension, midlife obesity, hearing loss, late-life depression, diabetes, physical inactivity, smoking and social isolation.”

In other words, more than one-third of dementia cases may be preventable through proactive actions taken to promote brain health across the lifespan and build cognitive resilience.

Additionally, we know that Alzheimer’s can be diagnosed as many as 20 years before symptoms appear. Early diagnosis affords a critical window in which measures taken to promote brain health can delay the onset of symptoms and improve quality of life through all stages of the disease for patients and their caregivers.

Underscoring the importance of early diagnosis, the Centers for Medicare and Medicaid Services (CMS) recently announced plans for 2020 that include financial incentives to screen for and identify individuals with dementias.

While CMS has recognized the importance of dementia detection, without policies in place to implement these tools, they will never realize their full potential, which makes the CHANGE Act so critical. CHANGE would incentivize and equip providers with the tools they need to accurately detect and diagnose Alzheimer’s at its earliest stages by directing CMS to require the use of cognitive impairment detection tools identified by the National Institutes of Health.

The bill would also direct CMS to incentivize the detection and diagnosis of Alzheimer’s disease or related dementias and promote care planning services, including the potential for clinical trial participation, which have historically had low levels of engagement, particularly within communities of color.

A shift in the provider system to focus heavily on brain health would spur a new understanding of its importance among Americans. More people will be aware that they may be able to minimize risk and delay the onset of Alzheimer’s and other dementias.

Moreover, with more Americans being diagnosed earlier and receiving education on the availability of clinical trials, we could see increased participation and diversity in trials, which may accelerate a pharmacological cure for Alzheimer’s.

I’m heartened that leaders in Congress are working together to solve what has become the greatest public health crisis of our time. 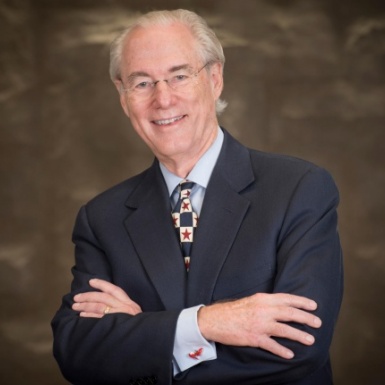