Igniting and Uniting the Movement for an Alzheimer’s Cure 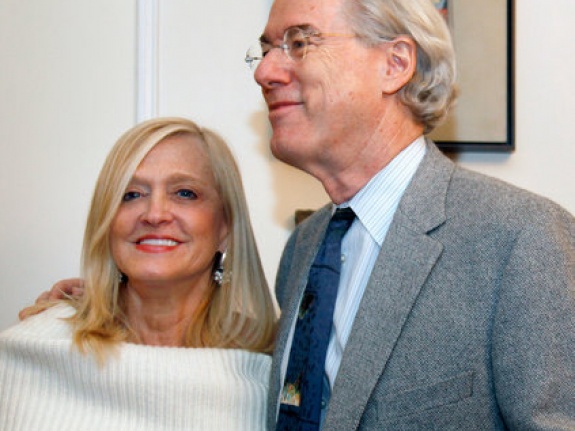 Frustrated by the lack of progress on Alzheimer’s, In 2010, two passionate social entrepreneurs, George and Trish Vradenburg, together with co-founders Meryl Comer and John Dwyer, created UsAgainstAlzheimer’s. Combining the force of possibility and the power of optimism, their approach has been to disrupt the status quo, identify the barriers to success, and fight for a cure.

In early 2017, Trish Vradenburg died suddenly and unexpectedly of a heart attack. Trish was the heart and soul of her family and of UsAgainstAlzheimer’s. The loss of Trish’s energy, wit, and passion will be impossible to replace for her loved ones and for the organization she helped launch and guide.​

To ensure that the power of Trish’s optimism and commitment to stopping Alzheimer’s continues to be felt in this fight, we have launched the Be Trish campaign. When he spoke at her memorial service, Trish’s brother Michael called on those gathered to “Be Trish” by adopting her commitment to this fight. If we can all “Be Trish” in some small way, the force of our unity of purpose can defeat this cruel and massively destructive disease.

The patient and caregiver centered approach that UsAgainstAlzheimer’s has always championed is an outgrowth and a reflection of how Trish Vradenburg tackled the issues that were important to her. That approach, which is all about defining barriers to success and then fearlessly and relentlessly pursuing ways to break down those barriers, is what will enable all of us in this fight to someday realize our shared dream. In that spirit, the Be Trish campaign will raise up to $10 million in the next 12 months to advance the fight against Alzheimer’s. Campaign funds will be invested in five key initiatives of UsAgainstAlzheimer’s:

Loved and Admired By So Many

Trish was dedicated and persistent in working for research dollars...Trish didn’t take ‘no’ for an answer and she never relented in her fight for a cure.
Sen. Roy Blunt, R-MO Speaking at Trish’s memorial service

Trish’s journey was one that has made a tremendous difference in the lives of people. Not only for her vision, but for how she approached the work with such love, respect, kindness, beauty, sparkle, you name it. That was Trish.
Rep. Nancy Pelosi, D-CA, Democratic Leader, U.S. House of Representatives

Trish’s passion and knowledge helped to drastically increase our investments in Alzheimer’s disease research, and to improve care and support for patients and their families.
Sen. Susan Collins, R-ME, Chairman of the Senate Special Committee on Aging; Senate Co-Chair of the Congressional Alzheimer’s Task Force

As highly accomplished professionals, it would have been easy and fair for George and Trish to rest on their laurels and enjoy a leisurely retirement. But instead, they have invested their time, energy and resources to building the global movement that is UsAgainstAlzheimer’s. Their passion is born out of their own suffering in caring for Trish’s mother, Bea Lerner, who was struck down by Alzheimer’s.
Husseini Manji, MD, FRCPC Global Therapeutic Head, Neuroscience Janssen Research & Development, LLC

We have a national Alzheimer’s plan being implemented by the White House. There would not have been a national goal of 2025 if it weren’t for George and Trish. We have greater resources devoted to preventing and treating the disease and an unwavering advocate in the African American Network Against Alzheimer’s.
Melody Barnes, Former Director, White House Domestic Policy Council; Founder, African American Network Against Alzheimer’s 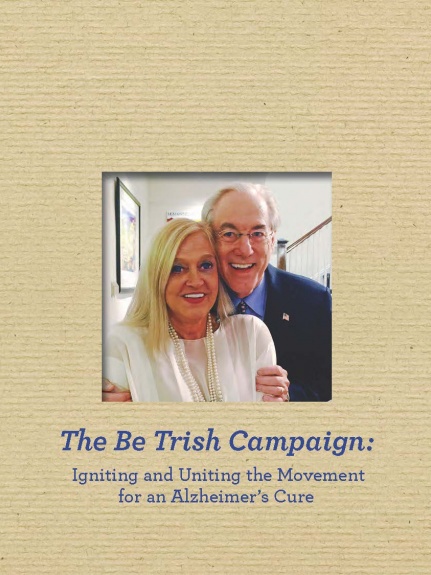 The Be Trish Campaign

To learn more about the Be Trish Campaign, please contact Allison Signorelli