In Search of a Way to Inhibit Tau - Prof. Claude Wischik 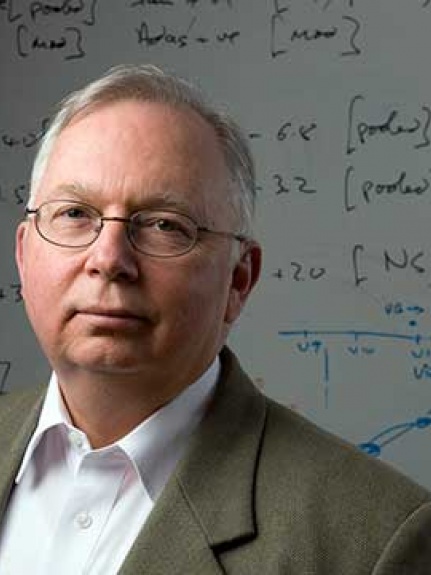 Tangles of the protein tau in the brain are known to be a sign of Alzheimer’s, but research seeking an Alzheimer’s treatment has long been more focused on the amyloid build-up that occurs.

For 30 years, Professor Claude Wischik, co-founder and executive chairman of TauRx Therapeutics, along with his colleagues at the University of Aberdeen, has explored the structure and role of tau in the development of Alzheimer’s and other dementias and has developed a potential treatment based on this approach.

His life’s work began while pursuing his PhD at the University of Cambridge, England, when he observed that tangles in the brain contained tau protein. He and his colleagues went on to show that tau aggregation correlates with dementia, that this aggregation starts 20+ years before dementia symptoms, and that the aggregation happens much like an infectious agent spreads and infects previously healthy tissue.

Press the "Play" button under the photo to hear the conversation.

Many in the Alzheimer’s research community believe that amyloid accumulating in the brain triggers tau aggregation. However, Prof. Wischik and his colleagues have seen in their work that tau aggregation begins before the spike in amyloid.

In a healthy brain, tau exists inside axons, which let neurons communicate with each other. In Alzheimer’s, an unknown trigger—possibly an age-related defect in the brain’s cellular-waste disposal process—initiates tau aggregation. Tau turns from helpful and functional into a spreading, toxic mass of tangles that eventually wipes out the nerve cells it affects.

Prof. Wischik discovered a class of molecules that largely eliminated tangles in lab tests and in mice. He has since led the development of a newer molecule, LMTX, that acts by blocking the aggregation cascade. In initial Phase III studies (completed in 2016) LMTX was effective in clearing tau aggregations and reducing cognitive decline and the rate of brain atrophy.

TauRx is now recruiting for a new Phase III clinical trial, called LUCIDITY, to test LMTX in two dosing levels against placebo. The nine-month trial seeks 375 participants with mild cognitive impairment or possible dementia. The study’s goal is to confirm findings from the previous Phase III trials. To learn about the study’s locations and find out if you qualify, visit this webpage (scroll down to Eligibility Criteria), or email: info@taurx.com

Prof. Wischik has refused to give up on this line of research even though the search has been long. He says, “It’s always been a clear conviction for me, that aggregated tau is critical to dementia and that we have the means in our hands to stop it.” The results he has seen in his research so far have compelled him to stick with the investigation of a treatment targeting tau.

Although Scotland-based TauRx is relatively small, it has raised almost $600 million in funding, much of that from Singapore, Malaysia, Hong Kong, China and Canada. Wischik says, “To really break the mold in Alzheimer’s, it takes a unique construct like the one we have—a high-level interface between academia and business.”

Moderator George Vradenburg noted that the view is growing that we may need a combination therapy to effectively treat Alzheimer’s—such as an antibody (one that targets the APOE protein found in amyloid plaques) and a BACE inhibitor (which targets amyloid) or an antibody (to target APOE) and a tau inhibitor.

Prof. Wischik believes that ultimately a combination therapy, started early in the disease process, will be needed. He also thinks we need to know more about the brain’s mechanisms for clearing cellular waste and about proteins other than tau and amyloid. A near-term result with tau would be transformative, but then the challenge becomes identifying people at risk or with very early disease—showing no symptoms but evidence of Alzheimer’s through imaging studies or other tests.

Learn More About the Current Study

ClinicalTrials.gov – a comprehensive government listing of all clinical trials in the U.S.

We are committed to Stopping Alzheimer's by 2020

Register for our next call.