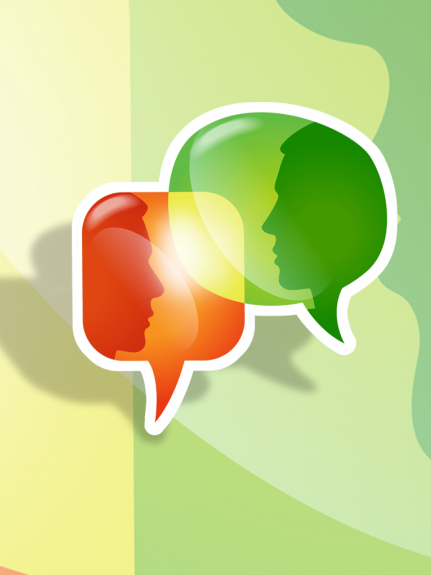 At the close of a year in which COVID-19 took center stage, turning to religious faith became even more important for many. Research with the UsAgainstAlzheimer’s A-LIST community has found that the majority of people living with dementia and caregivers rely on religious faith to help them cope.

Press the 'Play' button under the image at left to hear the conversation, or watch the webcast here.

COVID-19 has created high levels of stress and isolation for everyone and particularly for those living with dementia and their family caregivers, who already experience stress and isolation. Ministering to those community members during the pandemic necessarily looks different.

“Everything changed in one fell swoop,” said Rabbi de la Piedra. “At the beginning it was very difficult. Little by little we learned. In my own case I was transformed from a rabbi to a tele-rabbi. Everything I do is now by telephone and television.”

Saying goodbye to family members via remote technology is a sad reality created by COVID-19, and ministering to grief-stricken families has also changed.

“Death is difficult,” Dr. Seele said. “All we can offer are words of comfort, prayer – but what else is there?” In normal times her community would provide food to bereaved families and come together in person for support and prayer. “We’re so handicapped now even in our wanting to give. We continue to make sure that we contact by the ways that we still can.”

Retired Methodist Bishop Kenneth Carder, a former caregiver who advises the United Methodist Church on dementia, described three ways the church significantly contributes to supporting those living with dementia and the family members who care for them. He said the church provides a broader narrative in which to view dementia, offers a community of connections and memory keeping, and provides ways to overcome the isolation resulting from dementia.

“Dementia is viewed primarily through the cultural lens of individualism and personal autonomy and the medical lens of symptoms,” Bishop Carder said. “Whereas the church has the message that we are more than symptoms. We are stories, and our lives intersect to a more transcendent, holistic story.”

The importance of story was a common thread throughout the conversation: stories of what those living with Alzheimer’s or dementia were like before their symptoms began, as well as stories of the moment – happiness and joy to be grasped even if briefly.

Rabbi de la Piedra said, “The stories that I really like are the stories that are made in the moment I speak with someone. When we put those little stories like beads on a string, we actually make a bigger story.”

He added that the stories of patients’ lives before the disease are important, and professional caregivers need to know them.

Bishop Carder described the risk for caregivers of becoming so absorbed in their loved one’s care that they isolate themselves, which resonated with Dr. Seele. She shared her family’s experience with Alzheimer’s disease and isolation. “I think that’s an area we must really continue to focus on because the isolation is devastating,” she said.

Such isolation often starts as an attempt to protect a loved one’s dignity. Rabbi de la Piedra said he tells families worried about socially inappropriate behaviors to “judge their sense of dignity from what comes out of their hearts and not what goes into their eyes. It is the attitude we bring, not what we see.”

The rabbi added that those with Alzheimer’s or dementia live in a reality that the rest of us need keys to enter, and words, songs and prayers are among those keys.

Ms. Biggar described the diverse intellectual and spiritual firepower behind the movement to engage faith communities in the fight against Alzheimer’s. She introduced an earlier conversation from the UsAgainstAlzheimer’s Giving Voice to What Matters Most fall series with The Rev. Tracey Lind, a retired Episcopal priest living with frontotemporal dementia; journalist and UsAgainstAlzheimer’s Board member Greg O’Brien, living with early onset Alzheimer’s; and caregiver-advocate Daisy Duarte, who has a strong genetic risk for Alzheimer’s.

“God did not give me dementia as punishment or as opportunity for learning,” Rev. Lind said. “I got it out of science, not out of faith.” Dr. Seele and Rabbi de la Piedra affirmed this concept and reflected further on its importance.

Rev. Lind says her faith gives her confidence to face her future. “I’m not going to be alone even if I can’t remember God. God’s going to remember me.”

Ms. Duarte and Mr. O’Brien also shared how their faith is central to how they cope and remain hopeful.

“I find with the pandemic, it offers a snapshot to the world about what it’s like to live with Alzheimer’s, the intense isolation and the depression and the uncertainty and thus the need for faith,” Mr. O’Brien said. “I don’t know how people survive without faith, hope and humor.”

That kind of faith doesn’t happen overnight. “You can’t just come to something so overwhelming and tremendous as dementia and all of the sudden you have faith,” Dr. Seele said.

This important conversation was made possible with generous support from Shawn Taylor and the KPB Corporation.