Diet: Fuel for Your Brain 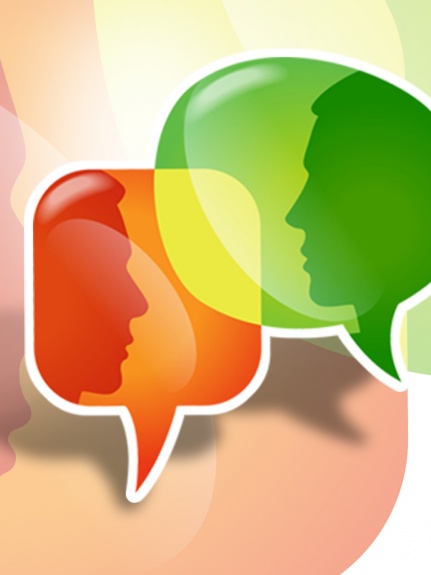 At the new year, many of us make resolutions around health and diet. For this January BrainStorm, we discussed how food acts as fuel for your brain, the importance of healthy “brain fuel,” and why eating healthy every day is perhaps harder than it should be.

Press the 'Play' button under the image at left to hear the conversaion, or watch the webcast here.

In his latest book, Food Fix, Dr. Hyman makes the case that our food and agriculture policies are driving obesity and food-related chronic diseases, including Alzheimer’s and related dementias. “After decades of caring for patients with chronic illnesses predominantly caused by food, I realized I couldn’t cure diabetes or cancer or heart disease or Alzheimer’s in my office—that it was cured on the farm and in the kitchen, in restaurants and grocery stores,” he said.

"In 10 years, 83 million Americans will have three or four chronic diseases, compared to 30 million in 2015," he continued. "Most of them will be the disease cost-drivers: cholesterol, blood pressure, stroke, cancer, osteoarthritis, diabetes. Most of those are also independent risk factors for Alzheimer’s disease. Not every case of Alzheimer’s or heart disease is food-related, but the majority of these chronic illnesses are commonly linked by mechanisms that have to do with what we’re eating. About 60 percent of our calories is processed calories. Most of that is starch, sugar, flour, and it’s driving this metabolic dysfunction that’s resulting in 88 percent of Americans being metabolically unhealthy.”

In 2008, Dr. Hyman wrote The Ultra-Mind Solution: Fix Your Broken Brain by Healing Your Body First - The Simplest Way to Defeat Depression, Overcome Anxiety, and Sharpen Your Mind. Comer observed, “You were ahead of your time.”

“I was treating people with physical illnesses, and their brains would get better," he said. "I’d treat them for asthma or acne or digestive issues, and their depression or anxiety would go away. I would optimize their diabetes, and their memory would improve. I wrote the book to explain how people can optimize their brains by dealing with the fundamental lifestyle factors that are really underlying most of our brain dysfunction. We now know that depression is an inflammatory disease of the brain. So is autism, ADD, and Alzheimer’s. The question is, what’s causing the inflammation? We eat an inflammatory diet—that would be the number-one cause.”

More studies are proving a link between cognitive health and lifestyle choices, but they include exercise, social interaction and diet. Comer asked, "Are these weighted equally?"

“I would say they’re probably not equal. If you’re eating sugar and starch and have a horrible, nutritionally depleted diet, you can have all the friends you want, take all the walks you want, and it’s probably not going to make a difference. You cannot exercise your way out of a bad diet. A guy who was working with me—a big, muscled guy who exercised every day—had this layer of fat everywhere. He couldn’t get rid of it. I changed his diet. He lost 20 pounds in a few weeks. We should not underestimate the power of food to act as medicine to heal our bodies and our minds.”

Concluding her interview with Dr. Hyman, Meryl asked, “So, what’s in your kitchen? What are the top brain-healthy foods that you wouldn’t be without?”

“Cans of sardines, mackerel and wild salmon—total brain-healthy foods because of the protein, choline and omega-3’s, which are critical," he said. "I eat an array of colorful foods: fruits and vegetables in large quantities—about 75 percent of my plate. Dark green leafy vegetables, yellow sweet potatoes, pomegranates, foods that have these phytochemicals that help heal and reduce inflammation in the body, high-quality nuts and seeds, good-quality protein (tempeh, tofu, grass-fed animal meat, organic chicken, certain kinds of fish), olive oil, avocado oil, and tons of spices. Also important is what’s not in my kitchen: sugar, processed food, trans-fats, hydrogenated fats.”

In her conversation with Deborah Kan, Meryl noted that, for Being Patient, Kan has interviewed experts about various aspects of diet and brain health. Kan described the growing research into the connection between the gut and the brain. One researcher she interviewed, Dr. Barbara Bendlin, compared the gut microbiome to “a rainforest that’s rich in biodiversity. The more diversity we have in our gut microbiome, the healthier we are.”

Dr. Bendlin studied middle-aged and older adults who did not have dementia. She told Kan, “Using [cerebrospinal] fluid, we could tell if someone has the pathological proteins related to Alzheimer’s. We found that certain gut bacteria were related to the amount of pathology we saw in the brain, even in people who were asymptomatic. Maybe there’s a link even at the very earliest disease stages before someone shows signs of dementia.”

Comer also interviewed Kelly O’Brien about her work leading the UsAgainstAlzheimer’s Brain Health Partnership, which has called for a national prevention goal of preventing or delaying 30 percent of dementia cases by targeting modifiable risk factors. The Partnership works with consumers, healthcare providers and policymakers to ensure that families and the health system are empowered to manage their health and promote healthy aging.

“One of our biggest accomplishments in 2020 was getting the Administration to amend the National Alzheimer’s Plan Act, to include risk reduction and to develop a new subcommittee to develop a specific goal,” said O’Brien, who co-chairs that subcommittee.

O'Brien added, “There’s actually a lot that we can all do in our everyday lives, across our lifespan, to reduce our risk. About 10 years ago, an international coalition of scientists called for more emphasis on risk reduction and prevention. The cadence of that science had only increased.”