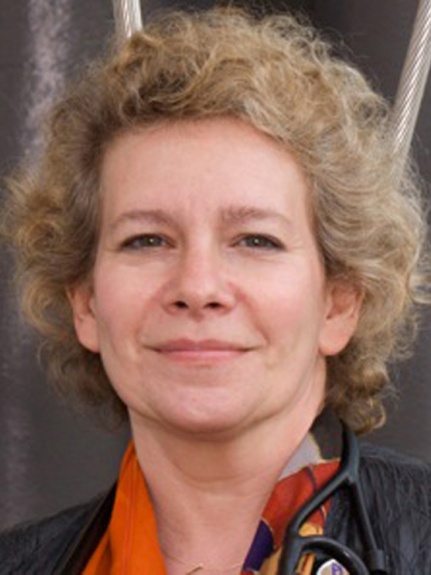 Dr. Reisa Sperling is leading a study into a new drug treatment that could prevent memory loss before symptoms show. The changes in the brain that lead to Alzheimer's occur years before symptoms, such as forgetfulness, appear. Dr. Sperling is leading the Anti-Amyloid Treatment in Asymptomatic Alzheimer's study (A4 study for short) which targets amyloid, a protein that builds up in the brain and that some researchers believe leads to memory loss. One thousand men and women are needed to participate in this three-year study, which has over 60 site locations.

This call was made possible by the generous support of the Alzheimer's Drug Discovery Foundation.

Highlights from our Alzheimer’s Talks with Dr. Reisa Sperling

The clinical study being led by Dr. Sperling, of Harvard Medical School, has the potential to accelerate our path to a cure. Here are a few things from our conversation that stuck out:

The changes in the brain that lead to Alzheimer’s occur years before forgetfulness. This study is aimed at testing individuals before symptoms appear. We need volunteers to be a part of efforts like this to stop this disease by 2020.

We’re grateful to Dr. Sperling for joining us to tell us about this groundbreaking study. We hope you get a chance to hear from her directly.