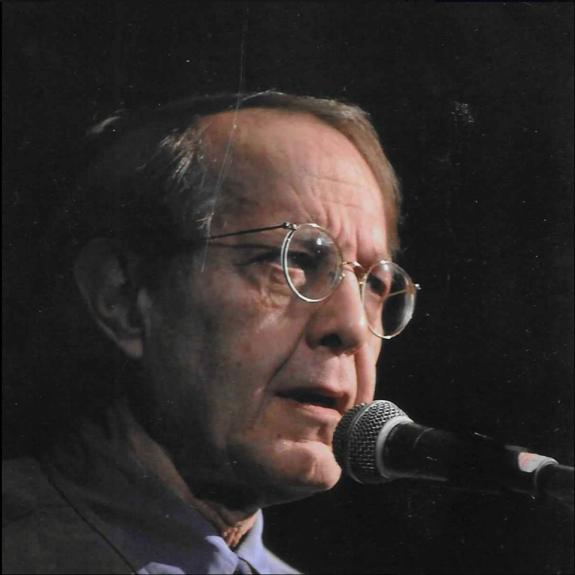 Some people say once a person has Alzheimer’s, he or she becomes a stranger, losing the pieces of his or her personality we knew and loved before. But when Dr. Harry Kozol, a respected psychiatrist and neurologist, was diagnosed, his son Jonathan Kozol was struck by his father’s resilience and learned to connect with him during the various stages of decline.

During this special edition of Alzheimer’s Talks, award-winning author Jonathan Kozol shared his experiences caring for his father and discussed his new book, The Theft of Memory: Losing My Father, One Day at a Time.

1. On real conversations: Jonathan made a point to have real conversations with his father and found caregivers who also valued these quality interactions: making jokes, speaking up when they disagreed with him and avoiding a sing-song voice. His father’s gift for conversation and repartee didn’t completely abandon him for a long time, and the jokes and discussions helped keep him alert and engaged. It is important to not speak as if the person with Alzheimer’s is not there or can’t hear what is being said.

2. On getting appropriate medical care: It is important to keep advocating for the person with Alzheimer’s disease. Jonathan and his caregivers had trouble getting his doctor's attention, which may partly be due to not enough doctors becoming geriatricians.

4. On memory: Scholars think memories aren’t fixed, accurate depictions of what happened; instead, they’re reconstructed out of bits and pieces each time we think of them. While writing his book, Jonathan was able to review his father’s extensive records and correspondence to confirm the accuracy of his retelling of his father’s experiences.

5. On dementia-friendly communities: Jonathan discussed the importance of educating the public in respecting the dignity of every human being no matter how they falter, and to work with the major medical schools to entice more people to come into the field of geriatrics.

We’d like to thank Jonathan Kozol for taking the time to share his experience and insight with us.

Author Amy Bloom – “In Love: A Memoir of Love and Loss”

After her husband was diagnosed with Alzheimer’s, award-winning writer Amy Bloom faced an unimaginable choice.

Alzheimer’s patients have been caught in the crossfire of inter-agency politics between the FDA and the Centers for Medicare and Medicaid (CMS).
LISTEN NOW
15

The Science of Memory and the Art of Forgetting