On Pluto: Inside the Mind of Alzheimer's - Author Greg O'Brien 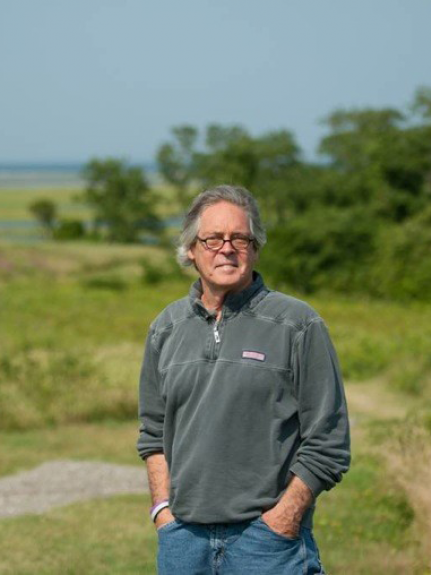 Five years after award-winning journalist Greg O’Brien was diagnosed with early onset Alzheimer’s—the same disease that stole his mother, grandfather, and uncle—he found that, at any given moment, he could be without 60 percent of his short-term memory. Greg has more than 35 years of newspaper and magazine experience as a writer, editor, investigative reporter and publisher. Working off a cognitive reserve and journalistic grit, he wrote On Pluto: Inside the Mind of Alzheimer's, as a first-person perspective on how to fight this demon of a disease.

In our April Alzheimer's Talks, Greg shared with us his unique insights as both a caregiver and someone living with this disease.

Here are some highlights from the call:

2.     Always try to keep your humor. Greg has a number of ways he copes with his symptoms, including labeling his toothpaste, emailing himself reminders, and exercising his brain and body every day. Most important, though, he says he always remembers to laugh at himself and the demon called Alzheimer’s.

3.     “Let it be blue.” People living with early onset Alzheimer’s often know when they can’t find the right words—like mistakenly calling a wall blue instead of white. When asked to provide advice for caregivers, Greg urged friends and family to let the little things go, saying, “Let it be blue.”

4.     Alzheimer’s is not your grandfather’s disease. In many cases, symptoms of Alzheimer’s can start early, as they did for Greg, and take 20 years to run their full course. But too often individuals suffer quietly, scared to talk about their symptoms for fear they’ll lose their jobs or face embarrassment. Collectively, we have to speak out to raise awareness and empower individuals living with Alzheimer’s.

5.      Make caregivers part of the cure. Caregivers deal with health issues of their own, including anxiety, depression, and other health problems that take a serious mental and physical toll. Part of the effort of moving forward toward a cure must include taking care of our caregivers.

We’re grateful Greg was able to join us for our this Alzheimer’s Talks, and UsAgainstAlzheimer’s is honored to be teaming up with him to create a series so that we can unite and combine our activism and end this disease together, faster.