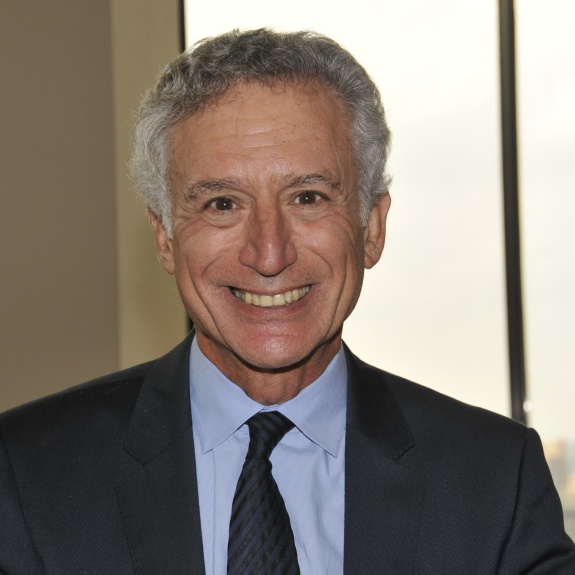 Dr. Howard Fillit joined George Vradenburg for this month’s Alzheimer’s Talks to discuss a new report he co-authored, “Single Endpoint for New Drug Approvals for Alzheimer’s Disease”. The report proposes a change in how we define a clinically meaningful drug and therefore the framework for FDA approvals of a possible Alzheimer’s treatment.

Dr. Fillit is the Founding Executive Director and Chief Science Officer at the Alzheimer’s Drug Discovery Foundation and a founding member of our ResearchersAgainstAlzheimer’s network.

It’s time to change the way we measure a drug’s effectiveness.

Standards were set based on decades-old knowledge, and drugs were deemed effective if there were improvements in both cognition and function, co-primary endpoints.

New developments in biomarkers, such as PET scans, mean that scientists can now determine, with certainty, if someone has Alzheimer’s disease or not. This was not the case 40 years ago. Now, when people take part in clinical trials, we know they have Alzheimer’s disease and the results of the trials are much more relevant.

We have to set realistic expectations.

If we don’t create realistic expectations for the clinical meaningfulness of a drug, we may reduce investment in research. The voice of the patient and caregiver is also crucial to determine what is clinically meaningful.

Other drugs, for conditions such as heart disease, have a single primary endpoint. For Alzheimer’s disease, composite cognition might be the only clinical primary endpoint needed in certain drug trials as there is a fairly linear relationship between loss of cognition and loss of function. A modernization of standards for Alzheimer’s drugs, to make them meaningful and approvable, is necessary.

Prevention is a priority.

Improvements in public health have reduced risk factors. For example, more exercise, better diets, and better management of hypertension and diabetes have been shown to reduce Alzheimer’s risk.

The Alzheimer’s Drug Discovery Foundation has a website called Cognitive Vitality that evaluates the efficacy, safety, and evidence of possible preventions, including supplements and diets.

Poor nutrition is a major health problem that affects every part of the body, including the brain. It is among the top risk factors for dementia.
LISTEN NOW
23

Listen as Dr. Jane Delgado shares how diversity in equity is about seeing everyone, and what is being missed when the health profile of black and brown communities are lumped together to evaluate current models of health and risk factors.
LISTEN NOW
×