My mother had once again refused to see a doctor. This from a woman who, until now, had been a hypochondriac.

All I wanted, I told her was, "A simple evaluation."

"Evaluate yourself," she snapped, her determined chin jutting out.

"Mom, I'm not the one who thinks strange men are in the house."

"Just because you don't see them, doesn't mean they're not here. Move in, you'll see them. Guaranteed."

"Mom, you forget to take your medicine."

"Get me an alarm clock, I'll remember."

"I did that. You still forgot."

"Get me a better clock."

"You could get a better prescription for sleeping."

"I sleep enough. What am I, a heart surgeon? No one's depending on me being so alert in the morning. Just go to work."

"You're driving me crazy."

"You're driving ME crazier."

"Maryanne Schwartz went to one doctor. A minor operation. He told her she had nothing to worry about. Two days later we're sitting Shiva. Okay, so now she's not worrying."

"Yesterday you stopped in the middle of the Lincoln Tunnel. You could get killed doing that."

"I thought I saw my Uncle Sam. I wanted to say hello to him, Susan."

"Uncle Sam has been dead for 20 years. And my name is Trish," I reminded her, "not Susan."

"So sue me -- I forget some things. You'll see. It happens when you get older."

"A few things? Where you live, who your husband is, going out with underwear on your head? This is not natural aging. A doctor could explain this to us."

"Forget it. Doctors kill you. You show me a person who's just died, I'll show you a doctor not 10 feet away."

She had a point.

"Mom, yesterday I opened the stove and I found the toaster."

We both had to laugh at that one.

But I needed her to see there was a problem. And so I got a tape of the first movie made about Alzheimer's. It was called "Do You Remember Love." The movie starred Joanne Woodward as a gentle, revered poetry instructor at Columbia University and Richard Kiley as her devoted husband. We watch as Joanne, now a scared, angry person disappears into the unforgiving vortex of Alzheimer's.

At the end of the movie my mother looked at me and said, "That's the cruelest thing you have ever done."

Within a year, my mom was in a nursing home; five years later, when she had forgotten how to swallow, she contracted pneumonia and died. Her death certificate said the cause of death was pneumonia, but that wasn't true. The cause was a complication of Alzheimer's. We made sure her obit said that.

"The cruelest thing I had ever done." The words haunt me. Because she probably was right. I was showing my mom her inevitable future. There was no hope. Just the downhill spiral to a cruel death.

If only she had gotten Alzheimer's now -- when there is true hope on the horizon. With luck, we will have an approved medicine by 2020 and we can begin to really stop this killer. If only...

Well, mom, there is no question for me: I am fighting this battle in your memory. I still remember love for you...every day. 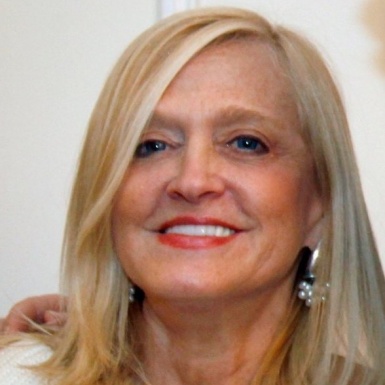