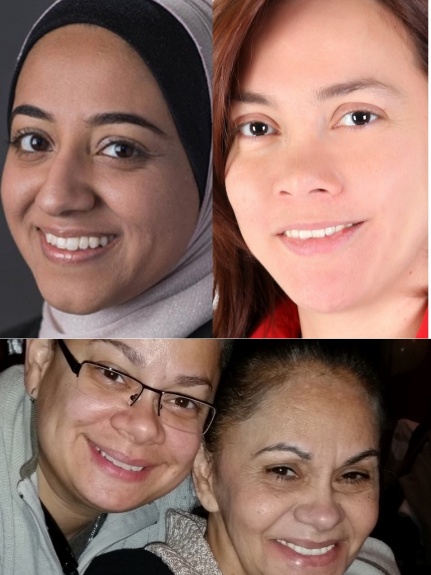 For our August Alzheimer’s Talk, two internationally renowned researchers—Tabassum Majid, PhD, of the Integrace Institute and Yakeel Quiroz, PhD, of Harvard Medical School/Massachusetts General Hospital—joined clinical trial participant Daisy Duarte, a nationally recognized advocate and care partner for her mother with Alzheimer’s. All shared their key takeaways from the conference.

Click the "Play" button under the image at left to hear the full episode.

“For me, a real benefit of going to a conference like AAIC is the reminder that you’re not the only one,” said Duarte. “You see so many other families and hear their stories of life with this disease.”

Our three guests noted the following as among the conference highlights:

Describing a vision for the path ahead, AlzTalks moderator Jason Resendez, who leads UsAgainstAlzheimer’s LatinosAgainstAlzheimer’s network and also attended the conference, remarked, “Clinical trial referrals are part of the standard of care in cancer. We need that to be the case in neurology as well.”

This Alzheimer’s Talk was supported in part by funding from the Patient-Centered Outcomes Research Institute (PCORI).