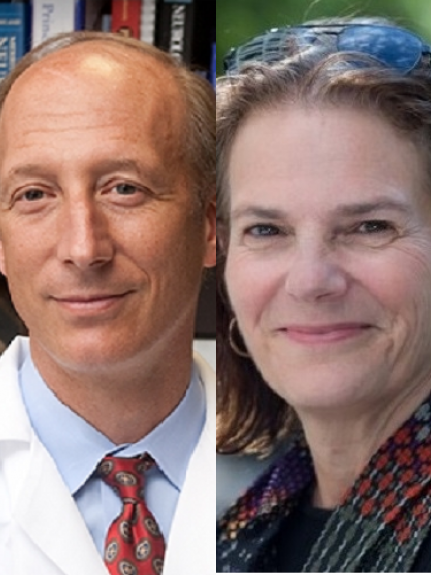 Press the 'Play' button under the image at left to hear the full discussion.

Host Meryl Comer spoke with two of the nation’s top researchers in this area:

As too many of us know, Alzheimer’s can lead to highly disrupted sleep—napping during the day, awake and wandering at night, and research shows that sleep is important for recent memories to fully form and that memory “playback” in sleep may help us remember things in the long term. But can poor sleep contribute to Alzheimer’s and other dementias?

Dr. Yaffe, Dr. Holtzman and others have shown that, in cognitively normal adults, sleep problems do seem to increase risk for dementia. Dr. Holtzman’s team has found that levels of amyloid and tau proteins, which build up in Alzheimer’s, increase acutely in the brain when sleep is disrupted. However, when deep sleep occurs, these proteins decrease within hours. In addition, research suggests that it’s not how many hours you sleep but how well. Poor quality of sleep seems to affect risk for Alzheimer’s and dementia more than sleep duration.

In mid- to late stages of dementia, more drastic changes in sleep tend to occur. These changes often mean a much greater level of care is needed. For family members trying to shift their loved one’s sleep cycle closer to normal, Dr. Yaffe and Dr. Holtzman offered these tips:

As for potential treatments that might minimize the effects of poor sleep on those with Alzheimer’s, a recent clinical trial just published by Merck found that Alzheimer’s patients slept better with a treatment called an orexin receptor antagonist. As Dr. Holtzman noted, we do not yet know whether this treatment has a functional benefit beyond improving sleep. However, he said, “It’s an area that’s worth exploring further.”

Major studies are building evidence for Alzheimer’s risk reduction through better sleep and other lifestyle changes. Dr. Yaffe is helping to lead the SMARRT prevention trial, which lets participants choose what risk factors they want to reduce in the study, and many participants want to work on sleep quality. Other studies, in people with mild cognitive impairment (MCI), are assessing whether improving sleep efficiency and quality can delay progression from MCI to Alzheimer’s.

This Alzheimer’s Talk was generously supported by an independent grant from Merck.

To stay up to date on Alzheimer’s news, sign up here for our Alzheimer’s Daily newsletter.