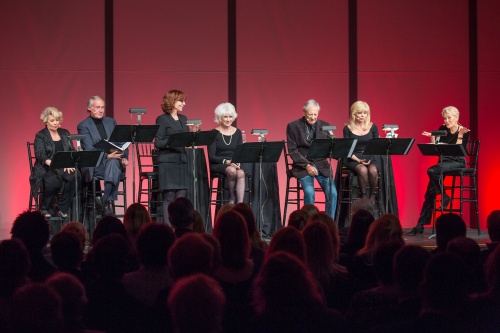 Surviving Grace is a quasi-autobiographical play by UsAgainstAlzheimer’s Co-Founder Trish Vradenburg. Produced at the Kennedy Center in Washington, D.C., and Off Broadway at the Union Square Theater in New York City, the touching and humorous play tells the story of Trish’s mom, Bea Lerner, and her battle with Alzheimer’s.

Trish began her career as a speechwriter in the U.S. Senate and went on to write for various television shows, including Designing Women, Family Ties, and Kate and Allie. Trish's novel, Liberated Lady, was chosen as Literary Guild and Doubleday Book Club selections and has been translated into three foreign languages.